What should be done with Tablighi Jamaatis misbehaving with nurses and staff in Delhi-NCR? 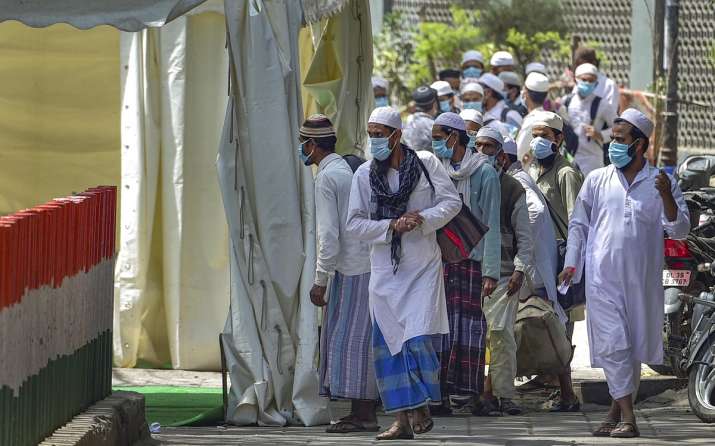 The Tablighi Jamaat congregation held at Nizamuddin, Delhi where 1306 foreign Islamic preachers illegally took part and which defied all government directives to disperse and maintain social distancing, has become the leading cause of COVID19 infections in the country.

1804 Tablighi Jamaatis have been quarantined in the national capital and 334 people who were symptomatic have been hospitalized.

The behaviour of these people has been shocking to say the least. Even as they were being taken away in DTC buses to the quarantine centre, health workers reported that they were deliberately spitting out of the windows towards the workers.

167 Jamaatis were taken to a railway complex converted to a Quarantine Centre in Tughalakabad. These people became unruly on the very first day & made unreasonable demand for food items. They misbehaved & abused staff, and started spitting all over & on persons attending them including doctors, complained railway authorities while asking for more police deployment to control them.

Now, it has come to light that the ones send to hospital isolation wards in Ghaziabad are roaming around naked from the waist down, flashing themselves to nurses while making obscene gestures, listening to vulgar songs and asking for cigarette/beedi from hospital staff. CMO Ghaziabad has asked for urgent help from Ghaziabad police.

Some of the Jamaatis were sent to Deen Dayal Upadhyay hospital in the capital. They are intentionally spitting everywhere inside the ward and urinating outside toilets saying they “don’t believe in coronavirus…it was a conspiracy”.

There are no words to describe such behavior. It is what one would expect from hardened, indoctrinated terrorists. Handling such men is beyond the capacity of normal administrators  or local police.

Yet, we have a fifth column within which is coming to the support of the Tablighi Jamaatis – people like AAP MLA Amanatullah Khan to ‘activist’ Yogendra Yadav and other ‘public intellectuals’ like Harsh Mander, Nivedita Menon (JNU professor), Ayesha Kidwai (JNU Professor), Avik Saha (layer/’activist’) etc.

It is time the Indian state send a public message to both the Tablghi Jamaat fundamentalists and the left-liberal fifth column supporting them that such nonsense will not be tolerated.