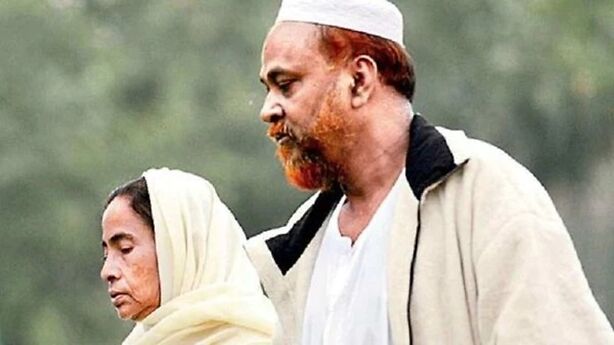 It has been several weeks since police complaints have been lodged against West Bengal-based Peerzada Taha Siddiqui for his sacrilegious comments against Bhagwan Shiva. The incident came to the fore when West Bengal BJP activist Devdutta Maji took to Twitter to share that he has filed an FIR against Toha Siddique of Furfura Shariff located in West Bengal. He also encouraged all Hindus to file FIRs against this Islamist Moulvi for his insulting and derogatory remarks on Bhagwan Mahadev. Through his tweet, Devdutta has also suggested that the Kolkata or West Bengal Police didn’t have the “guts to arrest Toha”.

Taha Siddiqui is accused of using offensive words about the Shivling. In the complaint, Maji claims that the Islamist leader had mocked the sacred Hindu symbol by comparing it to the male genital. In a video that has since been taken off all social media platforms, he said in Bengali that “Shiber koto boro lingo,” which translates to “How long is the genital of Shiva.” He further says, ‘Someday you will hear that Shiva’s penis has also come to Furfura Sharif.’

Mamata Banerjee, responsible for the Department of Home in the state, is also in-charge of the West Bengal police. During the Nupur Sharma controversy, Banerjee had demanded that the former BJP spokesperson be arrested for her derogatory speech. Hence, it leaves us wondering why has the police force that functions directly under her authority not arrested the Islamist Cleric who has made degrading remarks on the Shivalinga worshipped by millions of Bengali Hindus?

Here, this must be highlighted that Banerjee has offered Bengali actress Saayoni Ghosh a ticket to content in the legislative election in 2021, shortly after she came into the limelight for the sacrilegious tweet on Shivalinga. In the tweet, Ghosh posted a caricature of a condom being placed on a Shivalinga. The people of Bengal, however, rejected Ghosh as their representative.

In January 2021, Tathagata Roy had filed an FIR against Ghosh for hurting Hindu sentiments, but nothing much has been heard of about that case after the TMC came back in power in May 2021. Though she miserably lost the election to BJP candidate Agnimitra Paul, Mamata Banerjee appointed her as the All India Trinamool Youth Congress president.

The state chief of west Bengal demands punishments for those who ‘hurt’ the Islamist sentiment but takes no action against those who hurt Hindu sentiments in her state. Again, the inaction of the West Bengal police in taking any action against the Islamist cleric who made pejorative remarks for the Shivalinga bears a stark contrast to their prompt arrest of 19-year-old Hindu girl Ashwani for the mere ‘crime’ of making a Facebook post against the rioters.