UP: Youth From Minority Community Allegedly Raped a 4-Month-Old Calf 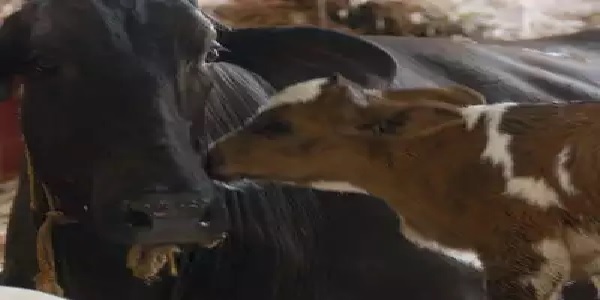 An inhumane act of raping a 4-month old calf has come into light from Tilwada village of Baghpat area in Uttar Pradesh where a Muslim youth has been booked for committing this heinous crime.

As reported in The Times of India, the incident took place on Wednesday, 17th October and the calf died on Saturday, 20th October. FIR was filed, on complaint of the owner of the cattle, against the youth under IPC’s sections 377 (unnatural offences) and 429 (mischief by killing or maiming cattle).

The cause of death of the calf has been confirmed by Government veterinarian as ‘death due to internal injury’. However, a slide has been sent to Agra-based lab to confirm the rape. Police says that the culprit shall be arrested soon.

The family of the culprit claim that the youth is a minor. However, police said that his real age will be ascertained only after the medical examination.

The Hindu organisations protested in large number and demanded for the quick arrest of the Muslim youth.