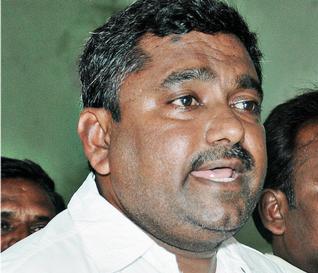 In one of the more bizarre statements to be made in the wake of badminton player PV Sindhu’s silver medal winning performance in the just concluded Rio Olympics, the Dalit Christian Federation convenor Jerusalem Mathaiah said, “She (Sindhu) could achieve the glory only because she studied in Christian institutions.” PV Sindhu has studied in Auxilium High School, Hyderabad, which is a Christian Catholic missionary run school.

But such feelings in fundamentalist Christians of being God’s chosen ones are not bizarre if one understands the Christian (and Islamic) doctrine of Exclusive Monotheism. Pandit Vamdeva Shastri (Dr. David Frawley) explains this dangerous superiority complex in practicing Christians –

“Monotheism – in spite of its name – is a highly dualistic system, not a unity based approach.Monotheism has divided humanity into hostile camps of believers and non-believers, which easily results in misunderstanding and conflict.

An inclusive unity consciousness is not the prime concept behind the monotheistic mind but rather a sharp duality that leads to the need to convert or eliminate the heretic, heathen, kafir, enemy, sinner or idolater – for which many negative terms have been created over the centuries. Monotheism is authoritarian, often intolerant, and poor at dialoguing with other spiritual persuasions, which it tends to dismiss on principle as wrong and dangerous.”

Such delusional thinking is more rampant in the recent converts to Christianity, as compared to the cradle of Christiantiy, Europe, where people are turning away from such fundamentalism after a couple of centuries of dominance by science and reason.

Incidentally, in Jan 2015, the very same Dalit Christian Federation convenor Jerusalem Mathaiah had lashed out at the Catholic Reddy Association (CRA) for organizing the ‘tricentenary celebrations of Global Catholic Reddy families’, terming the event as regressive and casteist in nature. Mathaiah had said Dalit groups would stand in protest outside the venue, if the programme is not called off. “Though we have embraced Christianity, caste issues are still haunting us. We already feel wronged by the fact that not many dalit Catholic Christians have been elevated to high posts,” he had rued back then.

But when it comes to explaining the glory won by a non-Christian, the monotheistic indoctrination forces one to clutch at straws to justify the so-called divine grace showered on the heathen. At that point, all sectarian, race, caste and class differences are forgotten – Christianity must be proved superior to the heather, pagan faith.

Not to be left behind by Mathaiah’s disgraceful comment, Telangana deputy CM Mohammed Mahmood Ali delivered another shocker: “Pullela Gopichand is good, but we will find a better coach for PV Sindhu.”