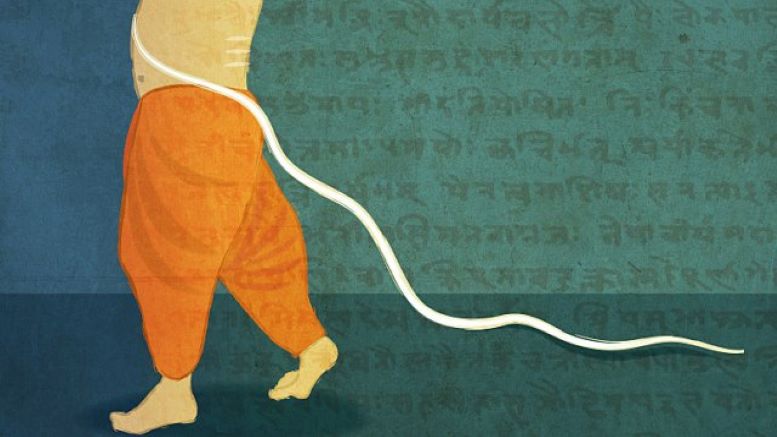 A school headmaster and an assistant teacher have been suspended after offensive remarks against a particular caste were found to have been written on the wall of the school in the Talbehat area of Lalitpur district of Uttar Pradesh.

The district’s Basic Education Officer (BSA) Rampravesh said on Wednesday that objectionable remarks against the Brahmin caste were found on the wall during the inauguration of a ‘smart class’ on Sunday at the former secondary school in Avni village in Talbeht region. Following this, the school’s Principal Anil Kumar Rahul and Assistant Teacher Qadir Khan were suspended on Tuesday and an investigation in the case has been handed over to the Education Officer.

He said that prima facie it was found that the objectionable remarks on the school wall were written with the knowledge of both the teachers. The BSA said that school is a temple of education and such action against any caste or religion cannot be tolerated.

In the meanwhile, suspended Principal Anil Kumar Rahul said in his clarification on Wednesday that “this was not my personal comment. Dr. Bhimrao Ambedkar who has written the Constitution made this remark to educate the Dalit society. It was his statement that was quoted on the wall. I had no intention of hurting anyone’s feelings”.

After the uproar, the said comments have been erased, but many Brahmin organizations have threatened agitations. Ashok Goswami, president of Sarva Brahmin Mahamandal Janakalyan Trust, alleged that the remark was written with the intention of insulting a particular caste and that action should be taken against BSA and ABSA as well failing which they will call for agitation. Similarly, officials of Karni Sena, Hindu Yuva Vahini, All India Brahmin Mahasabha, Brahmin Mahasangh, and Parashuram Sena have also warned of agitation.