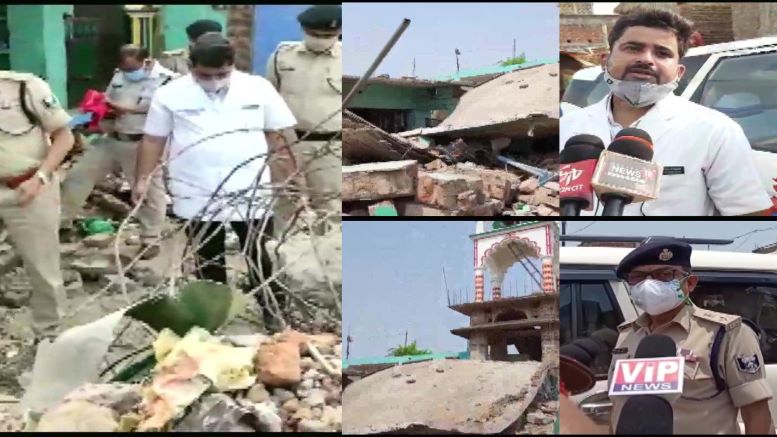 A probe has been ordered into the mysterious explosion at a non-functional madrasa in Bihar’s Banka district. The explosion took place on Tuesday morning.

Following the explosion, Banka SP Arvind Gupta had issued a statement saying “Madrasa wasn’t functional due to lockdown. We’re waiting for the FSL team & bomb squad to arrive at the spot. There is no evidence of any injured person at moment. Cause of blast is yet to be ascertained”.

As per reports, the madrasa roof collapsed and buildings nearby were also damaged in the blast but no loss of life has been reported so far. A Dainik Jagran report, however, says that four persons have received injuries and are missing since the incident took place.

A probe has been ordered but no arrests have been made. The explosion supposedly took place at 8 in the morning in one of the rooms in the Navtolia madrasa building that falls under the jurisdiction of the Town police station.

Though the exact cause of the blast is yet to be determined, police stated that the explosion seems to have been triggered by gelatine. ANI quoted a member of the FSL (Forensic Science Laboratory) “Samples being sent to forensic lab for further analysis. As per preliminary probe, samples have an odor of gunpowder. Final tests to reveal the actual results”.

According to a Hindustan Times report:

More than ten persons were present in the madrasa at the time of the explosion, which, according to police, likely took place in a room locked for several days and was heard far and wide. Police say the explosion originated on the ground floor and cracked the madrasa walls and roof, which collapsed moments later. The resultant shock waves also broke several glass windows in the neighborhood.

Besides the Banka police, a bomb squad, a dog squad and anti-terrorism squads (ATS) visited the spot. Cops said they have not ruled out any theory including suggestions that it could have originated outside the madrasa or could have been caused by an LPG cylinder; apart from the one which suggested it was caused by possible explosive substances stored in the locked room.

The police have booked unknown persons under various sections of the Indian Penal Code (IPC) and also Section-5 of the Explosive Act for criminal conspiracy and negligent conduct with respect to explosive substance. Bihar home department has ordered a thorough investigation into the matter.