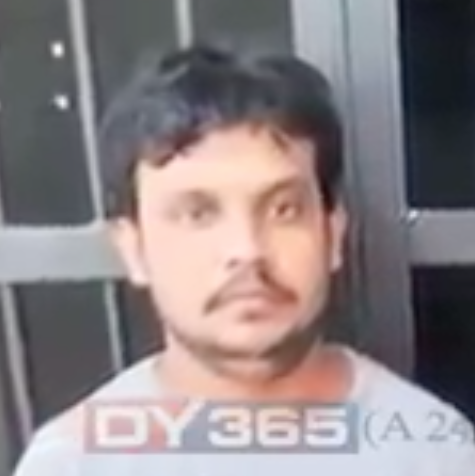 There is tension in Assam’s Darrang district after a Hindu girl abducted by a married Muslim man was recovered by police. The three sisters of the accused, Rofiqul, have alleged that they were tortured by police while being interrogated to find the whereabouts of their brother. Police officer Mahendra Sarma and a lady constable have been suspended pending investigation into the allegations.

Rofiqul had assumed the fake identity of a Hindu bachelor to get close to the girl, and after abducting her had kept her at his married sister’s houses from 3 to 9 September.

The three women were picked up from their home in Guwahati in connection with the kidnapping case filed against their brother and brought to Burha police outpost on 9 September, Darrang Superintendent of Police Amrit Bhuyan said. They were later released after their brother and the woman he had kidnapped surrendered at the police outpost.

The kidnapped woman narrates her harrowing tale in this video report by Guwahati-based media outlet DY365.

The three sisters, however, later alleged in a complaint to the Superintendent of Police, that they were stripped, assaulted and tortured by Sarma and received severe injuries. They also claimed before the media that the eldest of the sisters, who was two months pregnant, had miscarried following the assault.

The three sisters were initially taken to a primary health centre from where they were referred to Guwahati Medical College Hospital for medical examination. Bhuyan said an inquiry has been ordered into the allegations of use of excess force by Sarma. The medical examination of the women has been carried out and the report is yet to be received, the SP said.

Interestingly, in the DY365 video report the kidnapped woman at one point says that she observed injury marks on one of the sister’s during her abduction period. When she asked Rofiqul about it, he said that his sister was assaulted by her husband.

Muslim outfits gathered nearly 400 men and women to surround the Burha police outpost shouting slogans against its suspended in-charge Mahendra Sarma, and demanding his immediate arrest and dismissal from service.

Some members of a Hindu outfit staged a demonstration at Mangaldoi demanding that Sarma’s suspension be immediately revoked as the police official was doing his duty in trying to nab a person involved in a case of love jihad.

Most in national English-language MSM have already jumped to conclusions over the incident – painting the accused police personnel as guilty, and quietly burying the original abduction of the Hindu girl in their reports.

While only further investigation will reveal the full truth of the torture allegations in this incident, it is clear that existing law & order framework is not enough to stem the tidal wave of Love Jihad/sexual grooming incidents sweeping across the country. It has been seen time and again that even women family members of the perpetrators are involved in abetting such crimes.

A new law to hand out harsh punishment to those involved in Love Jihad is urgently needed. What is also needed is a social movement to educate masses, both Hindu and Muslim, about this ugly phenomenon which threatens to tear the country apart.