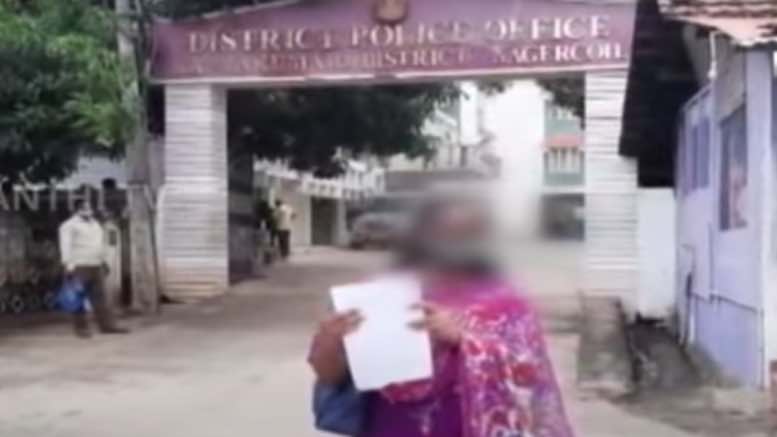 A unique case of a pastor exploiting his own fiancée to satiate his sexual needs and dumping her later has emerged in TN. A woman betrothed to Binil, a pastor in Kanyakumari, has filed a complaint with the police accusing the pastor of sexually exploiting her. The affected woman has alleged that the pastor called her to his premises on the pretext of ‘praying for her’.

Parents of the victim who were looking for a suitable groom, came across Benil as a potential groom and decided to betroth him to their daughter. After everything was decided formally, the pastor is said to have sexually exploited the victim promising marriage. She has alleged that he used her for nearly two months and even borrowed money and jewellery from her. The victim has accused in her complaint that while their marriage was planned to be held on the 30th of November, the pastor has refused to marry her. She has filed a complaint with the commissioner of police to initiate action against the pastor.

She has also alleged that she came to know of many such incidents where the pastor has duped many women into engagement in the same manner and borrowed money and jewellery from them.

There have been many such instances of pastors duping Hindu women as well promising marriage, provided they convert. It is an undeniable fact that marriage is indeed a costly affair with need for a certain amount of jewellery in possession to find a respectable groom. Women are also duped in the name of love and left in the lurch after sexual exploitation.

In November 2019, a Hindu woman Abirami filed a complaint against pastor Stanley Denny Roberts for sexually exploiting her promising marriage. They were in love for 2 years and Abirami conceived a child as a result of the physical relationship between them in the meantime. However, Roberts asked Abirami to abort the child saying they’d have children after marriage. But his parents secretly arranged for his marriage with another girl. When Abirami came to know of this and went to Roberts’ parents to seek justice she was threatened of dire consequences. As Abirami filed a complaint with the women police regarding this, Roberts and his family tried to conduct the marriage in secret. But again Abirami got a whiff of this and complained to the commissioner of police, threatening suicide if Roberts didn’t marry her.

Similarly in December, 2016, a Christian widow was sexually exploited by a pastor on the promise of marrying her and threatened with murder when she asked for the same. In 2013, one Justin Joseph was arrested for abusing his wife Mary. Mary was a nurse visiting Justin’s house to take care of his aunt. Justin who was a pastor sexually exploited Mary promising marriage. These are only some examples of such behaviour available on MSM, that too in Tamil Nadu alone.

It’s a well known fact that it’s the canon law that the church follows, based on which such issues are solved within the congregation. Church higher-ups usually convince the flock to bury such issues to ‘protect’ the Church reputation and the law of the land is ignored.