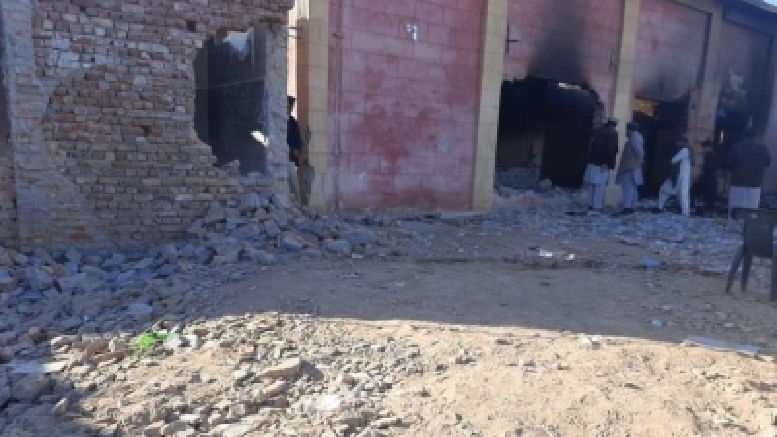 The top leaders of the Milli Yakjehti Council (MYC), an alliance of 22 religious and political parties and organisations in Pakistan, have declined to condemn the vandalism and desecration of a Hindu temple in Rahim Yar Khan last week, saying it was unaware of the details of the incident, a media report said on Sunday.

According to the Dawn news report, they held a media briefing in Islamabad following the elections for top positions in the Supreme Council of the MYC.

The Supreme Council of the MYC unanimously re-elected Sahibzada Abul Khair Zubair of Jamiat Ulema-i-Pakistan (JUP) as president and Liaquat Baloch of Jamaat-i-Islami as secretary general for the next three years.

During the briefing, when reporters asked about the position of the MYC on the temple attack in RYK, the newly elected president started talking about an incident in Hyderabad instead.

“There is a Muslim family living in front of a temple in Hyderabad. The area also housed some Hindu families and they filed a complaint to the authorities that sacrificing (a) cow in front of the temple should not be allowed,” Zubair said, as per the report.

The MYC president further said that the rights of the religious minorities have been safeguarded under the Constitution and Sharia.

“We do not deny the rights given to the minority communities in Islamic laws and the laws of the country, but denying the rights to the majority community too was not fair,” he added.

The MYC president said that they cannot comment as they were not aware of the ground realities and details of the incident. Secretary general Baloch added that the MYC will respond when the facts are available to them. “The minority community in the country has complete freedom,” he said.

When they were asked whether they believed the temple’s desecration should not be condemned, the former deputy secretary general Saqib Akbar told reporters to move on to the next topic and refrain from arguments over the temple issue.

Hundreds of people had vandalised a Hindu temple in Bhong town on August 4 and blocked the Sukkur-Multan Motorway after a nine-year-old Hindu boy, who allegedly urinated in a local seminary, was granted bail by a local court.