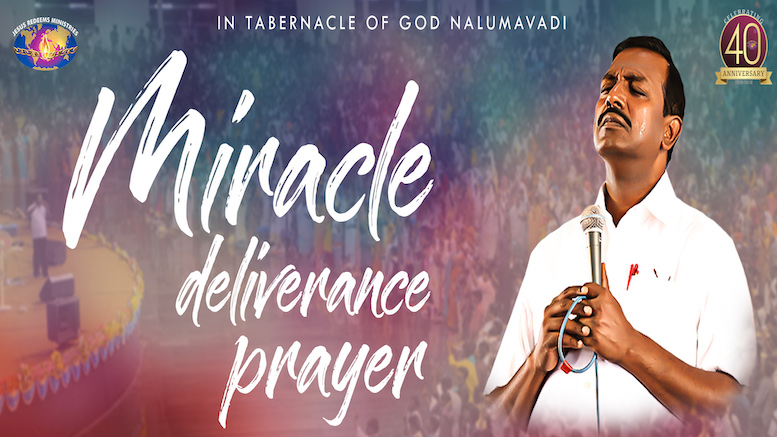 NGO Legal Rights Protection Forum (LRPF) has written to the Director of Foreign Contributions (Regulation) Act (FCRA) division highlighting the violations of FCRA norms by ‘JESUS REDEEMS’ Trust, founded and headed by evangelist Mohan Lazarus. The NGO has revealed that Mohan Lazarus, who is the founder president of the trust, has made several anti-Hindu statements during his recent public discourses and also that his trust is involved in Christian religious conversions in Tamil Nadu (TN) which is violative of FCRA norms.

While addressing Christian preachers at a public event of Pentecostal Christian Gathering, Lazarus makes a plea to the preachers saying ‘’there are 38,000 Pentecostal Prayer Houses with 60 Lakh members. Among these 60 Lakh members, if each member converts one Hindu to Christianity every year, then by the next year it will be doubled. In the third year the count will become more than 2 Crore”.

"In Tamil Nadu we have 38,000 Pentecostal churches with 60 lakhs believers, if each one can covert one every year in three years we can convert TN completely" ~ Lazarus
Only in India the majority is afraid of the minorities 😕 pic.twitter.com/XEnqLoaF6C

This, however, is not the first time when Lazarus has targeted Hindus and Hindu religion. Even in 2016 at the Evangelists Conference, he intentionally hurt Hindu sentiments by ranting against Hindu gods and temples. In that conference he had referred to temples as ‘palaces of Satan’ and said that no state in the country has as big temples as TN. He further stated that although there is the Golden Temple in Amritsar and Birla Mandir in a few cities in North, one wouldn’t find as many huge temples as one does in TN.

And when there is talk of Christian evangelists or Islamic Jihadists from TN, then we can be pretty sure of a DMK connection. Lazarus has shared the stage with DMK chief MK Stalin and even claimed that he (Lazarus) was instrumental in converting Vaiko, chief of MDMK (Marumalarchi Dravida Munnetra Kazhagam) and an ally of DMK, to Christianity. He has always been explicit about his political views and has often pledged his support to ‘secular’ parties such as DMK and Congress. It may also be noted that he was involved in Church-backed anti-Sterlite protests.

Although born in a well to do Hindu family as Murugan, he converted to Christianity when money failed to cure his heart ailment and ‘Jesus sent His Vessels to bring him into His fold’. Now he is spreading venom against the religion he was born into and using his political clout to expand his evangelical empire. Such hate mongers need to be put in place and Hindus in TN should wake up and smell the coffee if the ‘land of temples’ is to be saved from asuras like Lazarus.