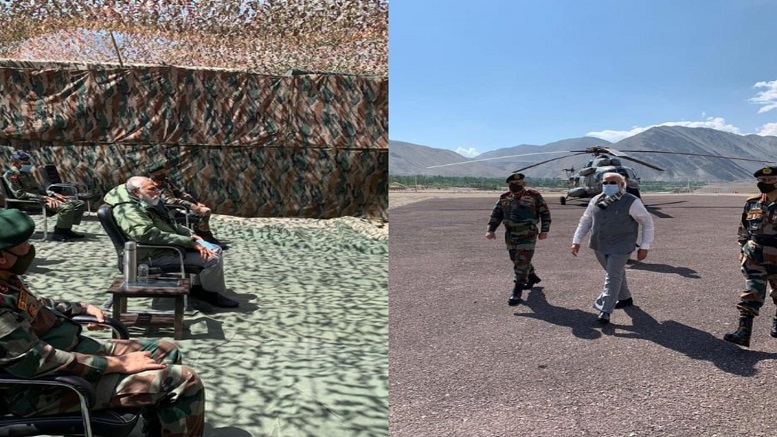 In the early hours of Friday, 03.07.2020, Prime Minister Narendra Modi reached Leh, the capital of Union Territory of Ladakh, along with this Chief of Defence Staff, General Bipin Rawat. There was no prior intimation to the media of Modi’s visit to Ladakh, and people only came to know about the visit when the photos of the visit were released by his office. 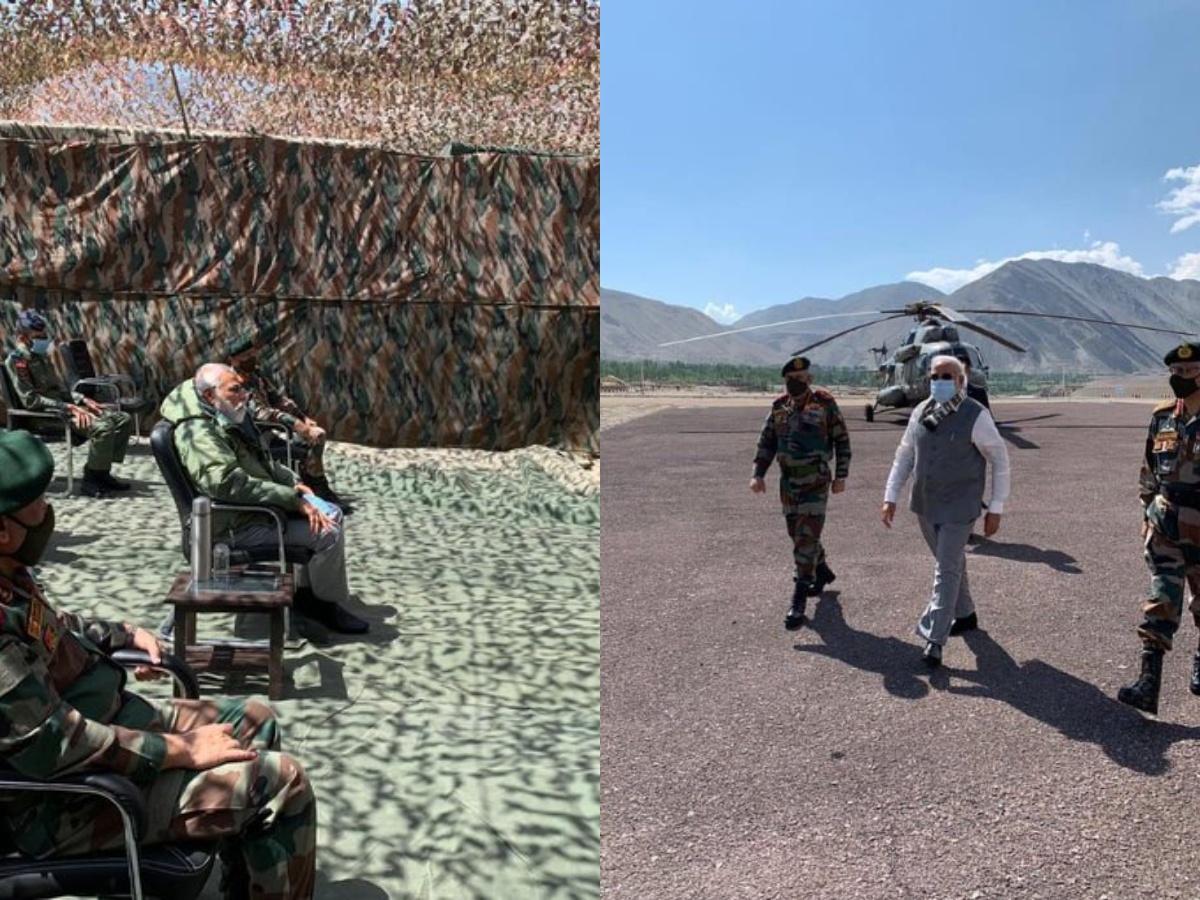 The importance of this visit has to be seen in context of the recent clashes on the Indo-Tibet border in Ladakh as well as military moves of China-Pak axis at Arunachal border, Sikkim border and in Gilgit Baltistan areas of Pakistan Occupied Ladakh.

Modi’s visit to Ladakh : Reading between the lines

One thing that is clear by this visit is that for the Prime Minister, national security is the first priority. He has previously taken bold decisions in the interest of the country, and it seems he is determined to send a message to China. His visit to forward posts asserts the claim of Bharat on these territories in no uncertain terms. This comes immediately after ban on Chinese apps in Bharat and banning Chinese companies from many govt contracts.

That the news of the visit was unexpected and sudden also gives hope that his inner circle is not compromised by opportunists and traitors. It also shows that Mr. Modi retains the capacity to take key decisions. Such decisions are not likely to be suggested by bureaucrats. One can compare this to the UPA governments, in which certain lobbyists and ‘journalists/propagandists’ apparently had more influence than Prime Minister Dr. Singh.

This also sends a clear message to the soldiers that the political leadership has their back in any case. In a war of narratives, as much as in actual war, such displays of leadership are key to retain high morale, specially while serving in the unforgiving terrain of Ladakh.

The visit will also shut the mouth of opposition leaders who insinuated that he was afraid of China and did not talk about China in his address.

According to reports, the situation on the border remains tense. While both Bharat and China have ramped up the infrastructure and army division on the entire border from Ladakh to Arunachal,  Pakistan has also moved in and deployed 20000 additional soldiers on Line of Control in Pakistan occupied Kashmir and in Pakistan occupied Ladakh.

The Defence Acquisition Council of Bharat has also recently cleared acquisition of arms to the tune of Rs. 38900 crore. Of these, Rs. 31110 crores will be from Bhartiya industries. The items include ammunition for Pinaka Rocket launcher, Astra missiles for Army and Navy and also acquisition of 21 Mig 29s and 12 Sukhoi 30MKIs for Airforce.

In 2017, the then Army Chief General Bipin Rawat told that army is ready for a ‘two and a half’ front war. His indication was towards China-Pak axis along with half a front with traitors within the country. As one sees the Chinese line many journalists in Bharat have taken along with situation on border, his words seem prophetic.

The reality on the ground is that China cannot afford to start a war with Bharat. The geopolitics of the world as well as the ground situation on the border does not favor China currently. The world is already wary of China due to its role in spread of COVID19, that has led to lakhs of deaths. Apart from this, Chinese aggressive policy on borders with Bharat, Japan and Taiwan has earned it rebuke from powers like USA and Australia. Its suppression of rights of Hong Kongers has attracted worldwide condemnation.

While PM Modi has taken actions that speak louder than the words, China has not even been able to reveal the number and name of its soldiers who died in clashes with Bharat on 15th June.