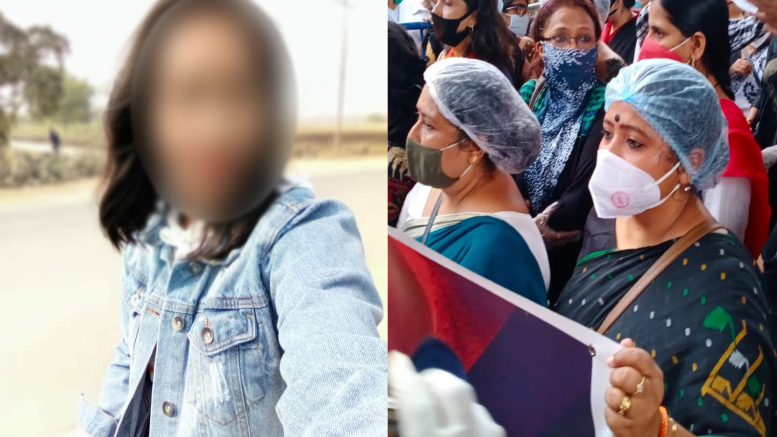 In yet another episode of crime against women and political violence plaguing West Bengal, the minor 16-year-old sister of a BJP member went missing from her home in Chopragaj in Uttar Dinajpur in the wee hours of Sunday morning. Her unconscious body was recovered from an abandoned location nearby by the locals after a prolonged search.

As per reports, the student of class 10 went outside to use the toilet but didn’t return. She was allegedly abducted from here and taken to an isolated place where she was raped by the perpetrators. They forced fed her poison after their heinous act, dumped her body, and fled the crime scene. 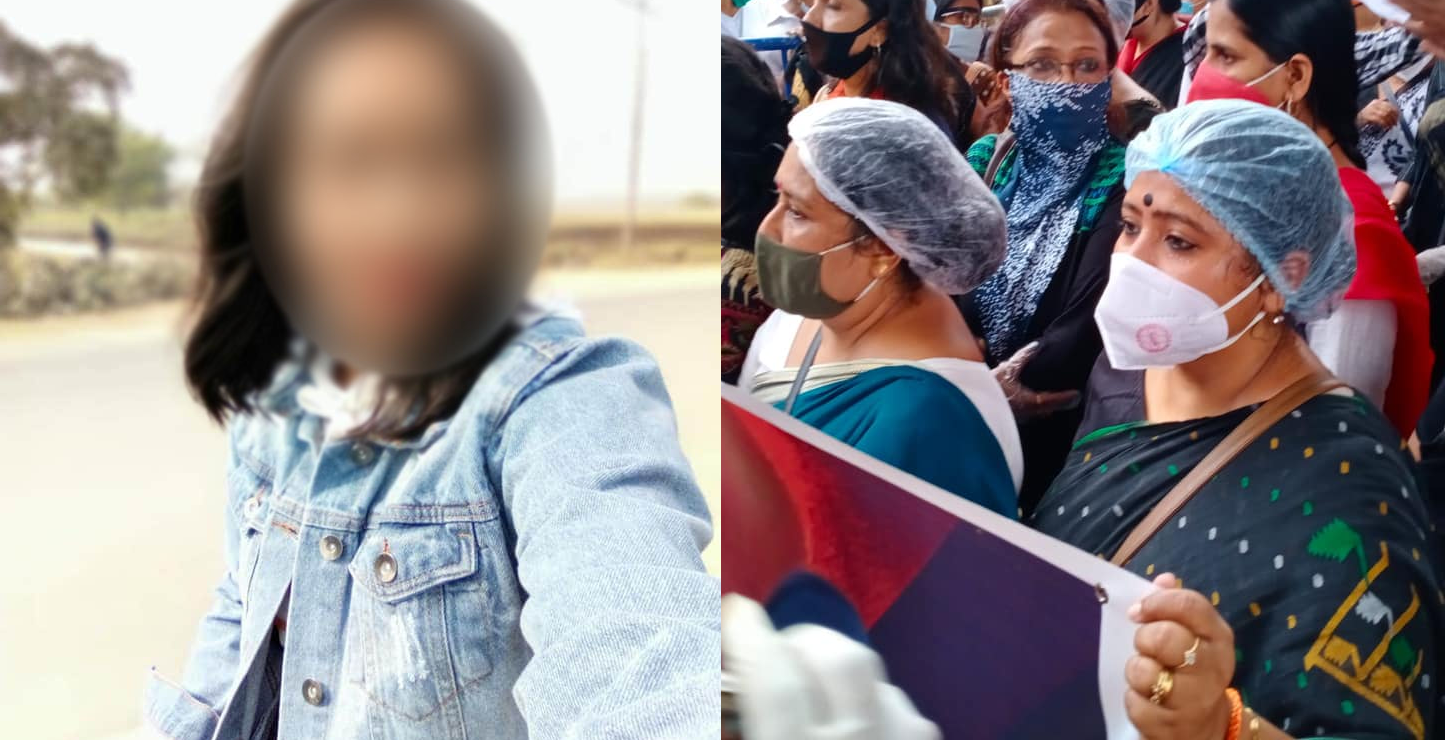 When her family realized that she had gone missing, they initiated a search and soon recovered her body from an abandoned place nearby; she was still alive but unconscious. They rushed the minor to a primary healthcare center in Chopragaj, but her condition kept worsening. She was subsequently admitted to Islampur sub-Divisional Hospital, but unfortunately couldn’t be saved. Thereupon the police reached the hospital and the body was sent for post-mortem.

The girl’s father lodged a police complaint and said that his daughter was regularly harassed by one Feroze Ali who had raped and murdered her. Angry locals clashed with police on Sunday, demanding immediate action against the accused.

Police have recovered an Aadhar card, a mobile phone, and a money bag from the crime scene, and located a bicycle parked within close proximity. Sachin Makkar, the Superintendent of Police, Islampur, said, “We have launched an investigation into the case. The search is on for the perpetrators.”

A 16 years old girl raped by Feroze Ali in Chopra. She died today morning. Did she pay the price of being the sister of the local BJP Booth President? And sadly, a state governed by a woman CM cannot protect it's girls. pic.twitter.com/Fw7Fp4v6hJ

BJP Bengal’s twitter handle also accused Firoze Ali (aka Naseeruddin) of the heinous crime. Surjit Sen, BJP General Secretary, Uttar Dinajpur, alleged Trinamool Congress of having a hand in the kidnapping, rape, and murder of the 16-year-old minor Hindu girl. The TMC party has however rubbished all allegations made against them and declined possibilities of any TMC member having a hand in the crime.

“The girl and the youth knew each other and went to the same private tutor. They probably committed suicide as they felt that their families might not accept their relationship,” TMC district president Kanaia Lal Agarwal said.

West Bengal Police has claimed that preliminary report of the girl’s post mortem examination pointed at death caused by poisoning and there was no sign of sexual assault. However, this does not wash with locals who point to the police’s past track record of allegedly covering up such cases under pressure of the ruling party.

Firoze Ali’s death means that the only person who could have shed light on whether or not the TMC has a hand in the incident is no more. BJP leaders alleged that the TMC and the police are trying to project the deaths as a tragic end to an ‘affair’.

BJP supporters took to the streets in protest against the horrifc incident, blocking the National Highway-31, and set tyres afire, which created a traffic jam in the area. BJP workers also gheraoed the Inspector-in-charge when he reached the spot to bring things under control.

Though a large contingent of police forces have been deployed, the law and order situation in WB is fast spinning out of control. Top BJP members also staged a demonstration demanding justice from the state government. Despite the COVID situation and the lockdown, angry BJP Bengal members gathered on the streets against yet another suspected murder of a Hindu youth in West Bengal.