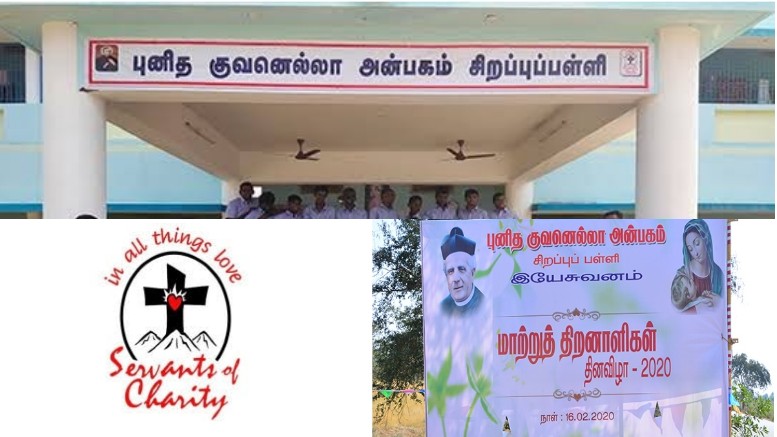 A 19 year old young man’s corpse was discovered in a Christian home for the mentally challenged. Parents have alleged foul play and staged a protest demanding action on the home’s director. Even though he was found in the well, the youngster had injuries which has raised suspicions about the circumstances of his death.

The Guanella Anabagam home for the mentally challenged operates in Sivagangai, Tamil Nadu under the Roman Catholic Diocese of Sivagangai. It was founded in 2008 and is being run by the Servants of Charity aka Guanellians. The home, apart from housing minor children also provides vocational training for men and women above 18.

Home employees pick up and drop off those who return to their house in the evening. Their website says “every day we go around in two vehicles to pick up from their houses and leave them back in the evening”. A 19 year old young man who usually returns home in the evening on an autorickshaw went missing on April 28. His parents approached the police but he couldn’t be found. The next day his corpse was found in the well located on the premises of the home.

Locals protested against the home alleging negligence and demanded the arrest of the director of the home. The young man’s parents have alleged that there were injuries and blood from his ears and nose implying foul play in his death. Even though they dropped the protests after the police assured them of taking necessary actions, the parents and locals are suspicious about the circumstances around his death.

Guanella Anbagam home’s website says “everyday evening rosary recitation, offering mass for the sponsors, enacting the events of founder’s life, spiritual talks, teaching moral values through narration, stories, drama and arranging pilgrimages to different places” as some of the activities done in the institution. It is to be noted that school children from Tamil Nadu accused Christian schools and teachers of teaching Christian beliefs in the name of moral science in a News18 investigative report.

While St. Guanella Anbagam Special School appears to be a Child Care Institution, Guanella Anbagam Adult Home is recognised under TN Private Schools Regulation Act. From the information available on their website, it is clearly evident that even the children who have parents are kept at the home. In 2020, through a case study of children’s homes across the country, the National Commission for Protection of Child Rights(NCPCR) found that most of the children were residing in orphanages despite having parents or relatives.

“The principle of the Juvenile Justice Act is to keep children with families, and keeping children in child care homes must be the last resort till all attempts are made to give them an atmosphere of home,” the chairman of NCPCR said. The commission directed the district Child Welfare Officials to reunite children with their families. NCPCR also found that Child Care Institutions collected exorbitant amounts from foreign countries to care for the children and they are predominantly involved in religious conversion as well.