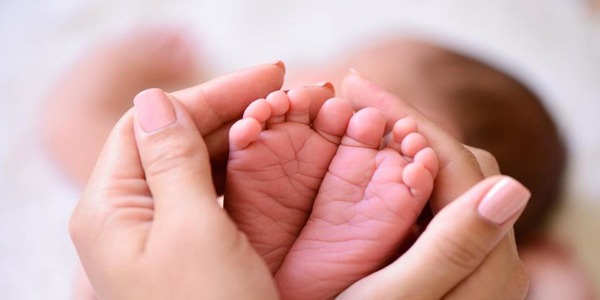 Here’s presenting a positive news of the day.

As reported, the maternal mortality rate (MMR) in Bharat has come down sharply, with more women now delivering children in hospitals.

The MMR, according to the sample registration system (SRS) data released by the office of Registrar General of India on Wednesday declined to 130 in 2014-16 from 167 in 2011-13. This is a significant improvement on a parameter widely used by analysts and developmental economists to rate a country’s progress.

MMR is defined as the number of maternal deaths per 100,000 live births. The 22% reduction in MMR since 2013 means nearly one thousand fewer women now die of pregnancy-related complications each month in Bharat.

The Union health ministry is attributing this improvement mainly to rise in institutional deliveries across the country.

“This is a great achievement for us and a major contributing factor is that almost 80% of women are now giving birth in hospitals, both public and private. If you look at decade-old numbers, the percentage was just about 40%,” says Dr Ajay Khera, deputy commissioner, child health, health ministry.

“The facilities in public hospitals and health centres have also improved and we are providing free drugs and diagnostics among other incentives to pregnant women that has led to increase in admissions for delivery over the years,” he adds

In developing countries such as Bharat, maternal mortality is a huge public health issue. Causes range from excessive blood loss (post-partum haemorrhage) to infections, primarily because women do not give birth in a hospital or health centre.

The major cause, post-partum haemorrhage is usually defined as the loss of more than 500-1,000 ml of blood within the first 24 hours following childbirth.

In Bharat, the transport to and from the health facility is also free for pregnant women coming to government health facilities, ensuring no out of pocket expenditure for the women and their families. Even sick newborns are treated free without any expense (including for diagnostics, drugs, consumables, diet, transport).

“Apart from the increase in institutional deliveries, other factors include involving private doctors to provide free health check-ups to pregnant women at government hospitals, decline in child marriages, a reduction in teenage pregnancies by 50%, and more women being treated for anaemia,” says Khera.

The southern states are performing better than the rest of the country on MMR, with a decline from 93 to 77, close to the country’s target of 70 by 2030, under the sustainable development goals (SDGs).

“We are improving at a good rate and we are hopeful of achieving the target of 70 by 2030,” says Khera.