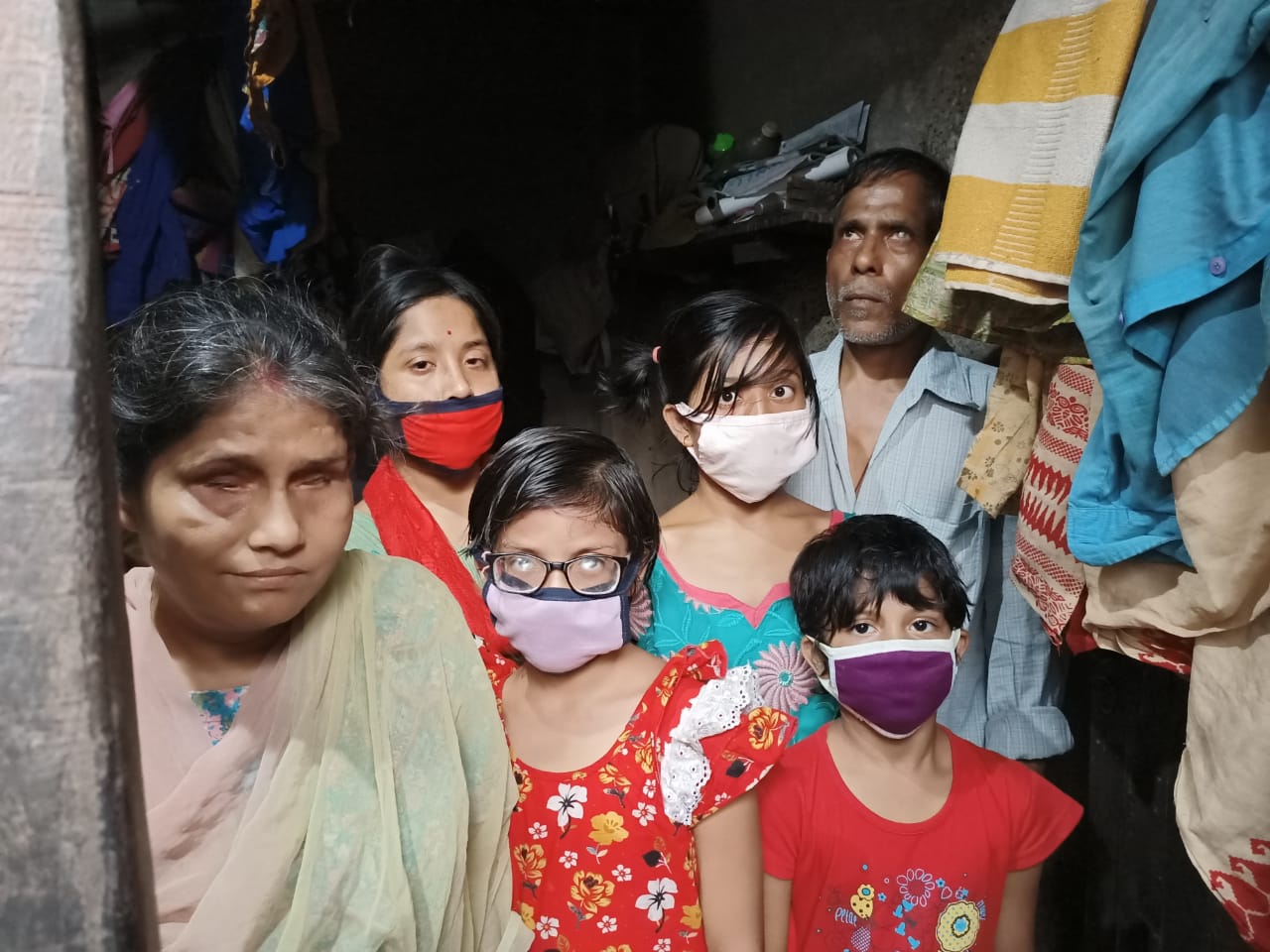 The COVID-19 lockdown has had a devastating effect on the marginalized Hindu population of West Bengal, especially those who fall foul of the ruling party and its supporters. Many people are either not receiving their state-subsidised rations – including the free rations sent by the centre for 3 months to tide over the Coronavirus crisis – or getting less than their eligible quota. Many are forced to sleep hungry. Moved by this situation, grass roots organization SinghaBahini has launched a major drive to help many families.

SinghaBahini (Army of Lions, lion being the mount of Maa Durga) was set up by Devdutta Maji, who has a background of nearly 15 years of social work, in 2018 in Kolkata, West Bengal. It receives advice and guidance from veteran & well-respected social worker Tapan Ghosh.

Devdutta Maji, the President of SinghaBahini said, “Initially we thought of helping a few poor families only. But we started receiving calls from many more people away from the cities. Many said they would starve. So I started accelerating this campaign. Many donors from America, other parts of the world as well as within Bharat, came out to help. We are grateful to all of them”

From 24th March till 13th April, 2020 SinghaBahini has provided the following aid –

Help has been provided on a priority basis to the tribals (vanavasis) in remote corners of Bengal & the poorest of poor Hindus. For eg., the the organisation helped Tapan Dey and his wife, both of whom are blind, and their 4 young daughters. The whole family lives in a 75 sq. ft. room in Kolkata, and Tapan used to sell candies at Sealdah railway station. Due to the lockdown, he is unable to earn his living.

The global Hindu community has also come forward to help SinghaBahini, with some NRIs from America showing tremendous solidarity and support in this moment of extreme crisis.

Whenever there is a humanitarian crisis, missionary vultures start hovering. Some poor yet proud Hindus have refused to succumb to their entrapment, and these are the people SinghaBahini is helping.

SinghaBahini – a nationalist voice in WB

Apart from relief work, SinghaBahini provides legal and other assistance to persecuted Hindus and tribals of West Bengal and other neighbouring states who are fighting an existential battle in their own homeland. It also rehabilitates victims of sexual grooming by Islamists. A bold nationalistic voice, SinghaBahini raises its voice for friends of Bharat like Israel – a country that faces many of the same challenges from hostile Islamic neighbours as Bharat does.

Last year, braving extremely inclement weather and floods, it organized a major pro-Israel rally in WB’s capital Kolkata, a city which is more used to rallies in support of Islamist causes.

President of SinghaBahini Devdutta Maji, who organized the rally, said, “Hindus for generations have been facing genocides. We have lost 400 million Hindus in the last 1400 years. This must end. Hindus need to get organized and see inspiration in the tiny beautiful nation of Israel, on how they stop terrorism on their own soil and support their own people.”

Devdutta Maji appealed to all donors who would like to be part of this movement to help the most vulnerable Hindus struggling for survival during the Covid-19 lockdown.

“Our Hindu civilization thrives because the most vulnerable in the community believe that come what may they will be taken care by the community. We cannot allow any community member to fall through the cracks. It’s our commitment and duty towards the community and nation. It’s fundamental to our Dharma,” he says.

Those willing to be part of this movement can contribute to

Those who want to support from outside Bharat should contribute to: