Massive blast in Surat at ONGC facility, windows shattered in many buildings 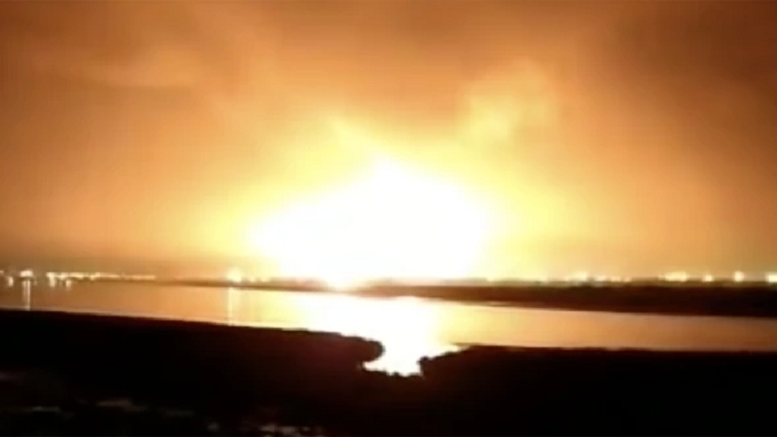 Today morning at around 3:10 AM, a loud blast at the Hazira port of Surat city  in the western Bhartiya state of Gujarat. People awoke at the loud blast and many thought that the ground was shaking due to an earthquake. Soon social media was awash with videos and photos of the event with commentary.

Locals reported that shockwaves could be felt up to 4-5 km away, shattering windows in many buildings while the explosion could be heard 20 km away. The cause of the blast is unknown as of now but it is suggested that a pressure valve burst inside the ONGC plant at Hazira which lead to the explosion.

Multiple blasts in ONGC plant Hazira. Buildings shook to death as if it was an earthquake at 3:00 am #Surat #explosion #suratexplosion pic.twitter.com/FxqbRzhLSd

Many locals reported two successive explosions at the Hazira oil plant. It must be noted that Hazira plant of ONGC is a gas processing facility that receives gas from gas fields off the western shore (principally oil fields at Bassein, near Mumbai), processes the gas, extracts LPG,  and ships the processed gas through the Hazira-Vijaypur-Jagdishpur pipeline.

Locals noted the firefighters trying to tackle the fire near Ghod Dhod road.

The fire is now reported to be under control although plants near the Hariza facility have been shut down as a precaution. The ONGC plant have released all built up gases through the factory chimney to prevent any further blasts and also cut off the valves to stop the gas from entering facility. Details are still awaited.