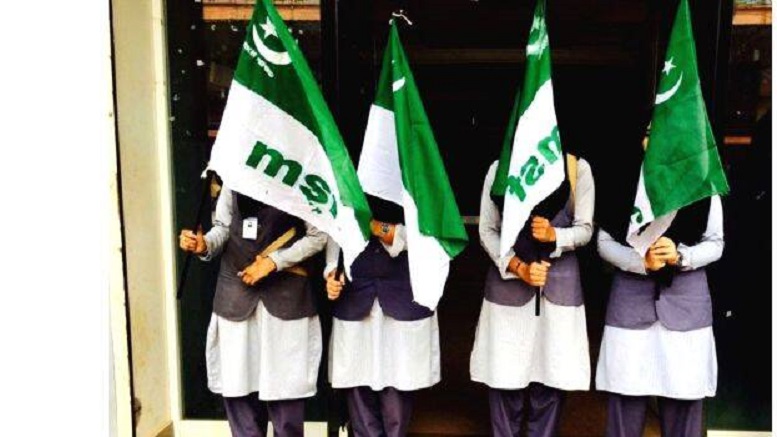 The Indian Union Muslim League (IUML) has suspended many young women party members who had accused male student leaders of verbal abuse and harassment. The party dissolved its women student’s wing state committee in Kerala and is about to form a new one.

Addressing the media in Malappuram, IUML state general secretary PMA Salam said that women student leaders repeatedly ‘violated‘ the party’s disciplinary codes and failed to ‘maintain discipline’. This decision came after the women refused to withdraw their complaint about harassment. Salam claimed that the term of the current committee had run out in 2018 but could not answer why it was being dissolved only now.

On June 22, the MSF organized a ‘Leadership Meet’ in Kozhikode. According to Haritha members, MSF leaders insulted them and called them “infertile feminists”. When the Haritha leaders raised the issue during a Haritha-MSF state committee meeting, Navas said that “even prostitutes” have opinions, and that the Haritha wing leaders may thus speak theirs as well!

Haritha leaders subsequently approached the leadership of the Muslim League. Navas maintained his assertion that he said nothing with the ‘wrong intention.’ Last month, the IUML clamped down on the women and accused them of ‘petty politics’ and of publicly creating internal divisions!

The girls then approached the Kerala state women’s commission with complaints of harassment by their male counterparts and alleged inaction at the hands of IUML leaders. They included Haritha’s state president, secretary, joint secretary and treasurer. 10 Haritha state committee leaders said that humiliation and emotional pain led them to take action against MSF’s male office-bearers.

The decision to disband the committee was taken after the issue was discussed in all forums of the IUML. Its leadership even asked the Haritha leaders to withdraw the complaint against the leaders of the MSF. This is in spite of the fact that the law states that when it comes to harassment of women, taking action against a complainant is illegal.

Shahida Kamal, a member of Kerala’s women’s commission, said that Haritha’s leaders were scheduled to meet members of the commission on September 7, but missed their appointment. “The complaint was given by three Haritha leaders. But they said around 10 persons wanted to depose before the commission. We are ready to hear them anywhere,” Kamal said.

The Muslim League has a history of supporting its male members when it comes to sexual harassment charges. Many believe this is exactly why their MLA and ex-MP, PK Kunhalikutty is not behind bars for his sexual exploitation of minor girls in the infamous Ice-cream parlor sex case.

There were allegations of bribing witnesses and a conspiracy to conceal evidence. Back then, even the courts let him off on the flimsy ground that Kunhalikutty’s physical presence while his goons tampered with evidence could not be proved! The motive factor was comfortably overlooked.

The IUML has 15 MLAs and 3 MPs and unsurprisingly there are no women representatives. As a Congress ally, these same IUML women workers and students had supported and worked for Rahul Gandhi during the election campaign in Kerala and it led to his subsequent win from Wayanad. Will the Congress scion speak up for these girls now?