Kerala Government cracks down, media provokes, as Hindus protest at Nilakkal to #SaveSabarimala 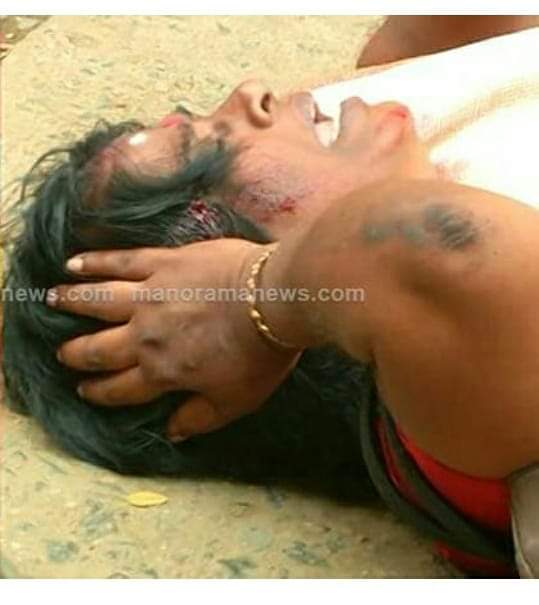 Several devotees, including women, have been seriously hurt in the ongoing Kerala police crackdown on Sri Ayyappa devotees, and one octogenarian devotee has committed suicide.

Kerala police in #Sabrimala right now! This is outrageous, if this is how they are releasing their anger on vehicles, wondering how they would be treating devotees?? @ByRakeshSimha pic.twitter.com/tmZEX7a72A

The Mathrubhumi news channel has posted a video about the protests at Nilakkal (base camp of Sabarimala trek) titled ‘media attacked’, but which actually shows police attacking devotees/bystanders –

The grassroots campaign which has swept across Kerala and other parts of the country to #SaveSabarimala after a Supreme Court verdict ended the hill shrine’s timeless tradition, came to a head today with thousands of ordinary Sri Ayyappa devotees gathering at Nilakkal to stop the Kerala Government from implementing the SC order which came into effect today.

Despite wide-spread support from cross-sections of Kerala society, the CM Pinarayi Vijayan refused to budge and file a review petition or even delay the implementation of the SC order to allow for other alternatives to be explored. In fact, with the situation in his state so tense, the CM was surprisingly away in UAE on an official trip.

Kerala police used strong-arm tactics and deployed armed commandos to disperse the assembled devotees, in which several devotees have reportedly been injured. 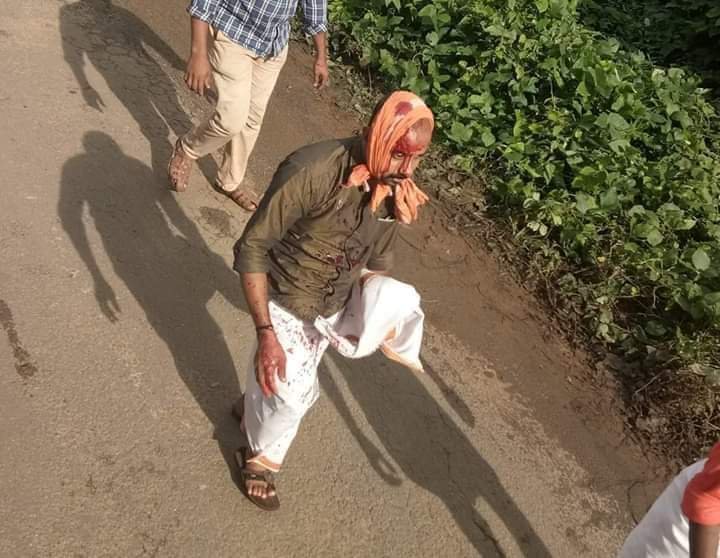 Police even went to the extent of arresting the octogenarian wife of the late Tantri Maheshwararu, who just sat on a chair at Pampa to protest. Another octogenarian, Pandallur Ramakrishnan, who had been going to Sabarimala for 60 years, committed suicide.

This spontaneous movement has now found support from different sides of the political spectrum with both BJP and Congress leaders & MP/MLAs coming out in its support. There are also reports of Islamists planning to infiltrate the protests to hijack the #SaveSabarimala campaign with a #SaveSharia campaign of their own. Incidentally, IUML (Indian Union Muslim League) has also come out in support of the protests.

However, CPM has launched an all-out assault on devotees with open mocking of temple worshippers. Senior CPM leader and Member of Parliament, PK Sreemathi, even went to the extent of saying “Hindu women who go to temples in wet clothes after taking dip in temple ponds do it thus to display their body parts to men in those temples.”

The PIL filed in the Supreme Court against the Sabarimala tradition of menstruating age women not going to the temple, was the work of vested interests totally cut-off from the tradition or the beliefs of true devotees. Even now, those trying to force their way into the temple have been exposed as radical atheists or Hindu-hating elements –

This is the young woman who has come forward to visit #Sabarimala today & blocked by devotees at Pathanamthitta. In her fb post she said doesn't believe in God; but see this pic, where in her background, which God is there? So what is to be assumed, about her intention? pic.twitter.com/JPgyab8WHw

Media too has tried to do its best to provoke the protesting devotees and add fuel to an already combustible situation. There are reports of some women journalists being attacked by devotees. One such journalist from NewsMinute has again been exposed as a hardcore  ‘anti-saffronite’

It is appeared that channels lk @republic @TimesNow @aajtak want to see blood bath enroute #Sabrimala temples. Their reporters are using derogatory and insulting language against devotees who are protesting for protection of their culture and traditions. @maidros78 @Prof_Hariom

Cannibals make merry when Dharma is on fire, and make false equivalences. https://t.co/C5JOD3OUbT

Incidentally, Nilakkal had witnessed a similar protest by Hindus back in 1983 as well when a Church was proposed to be built at a spot where a cross was ‘discovered’.

Here is a glimpse of the protests which have swept across Kerala, and have resonated in in other parts of Bharat the world as well –

Whether the voice & sacrifices of lakhs of Ayyappa devotees will be heard, remains to be seen.