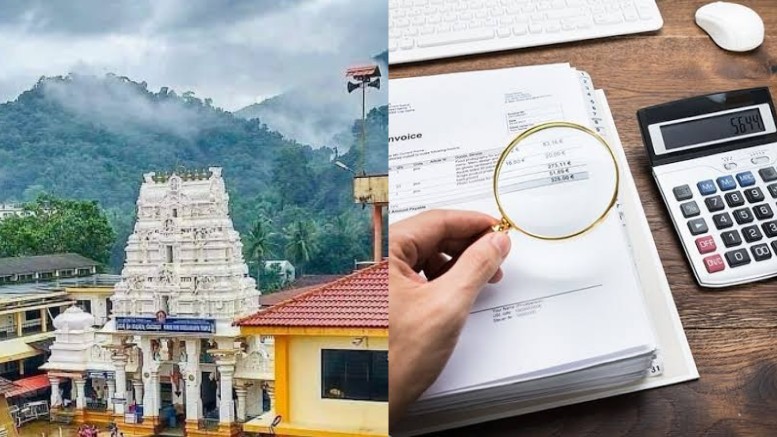 The Karnataka government has ordered temples under its control to audit the finances after finding out that only 4 out of the 346 top category temples file the audit report every year. 34,563 temples are under Muzrai department’s control and many of them have not filed the reports for the past 10-15 years. This move comes after temple activists requested the government to audit temple finances repeatedly.

Back in August, Muzrai minister Shashikala Jolle had instructed the officials to conduct surveys of the properties of temples that come under the department. Following this, the Executive Officers(EO) meeting was held on November 16 in which it came to be known that only 4 temples in the Category-A list file audits diligently. Only Banashankari temple, Ghati Subramanya temple, Chamundeshwari temple and Yediyur Siddhalingeshwara temple have been filing audits every year.

As a result, Hindu endowment board Commissioner Rohini Sindhuri issued an order on November 23 asking the EOs to complete the pending audits by January 30. She has also directed them to give responses for queries about the management of revenue and assets of the concerned temples. Temple activists have been requesting the same for a longtime. Indic Collective and People for Dharma activist, Sreehari Kutsa has repeatedly written to the Commissioner of Muzrai department seeking response about not auditing the books of the famous Kukke Subrahmanya temple for the past 5 years.

So, the move has been welcomed as it will expose mismanagement of temple wealth in the temples under government control. Minister Shashikala reportedly warned that ‘if accounts are not submitted within the stipulated time, stern action will be initiated against the officials concerned’. Many temple managements are said to have turned the temple premises into commercial zones and have not submitted audit reports for nearly 2 decades.

Allegedly some people in the temple management boards have influential connections and are against this move. The minister stated suspicions arising among the public due to non verification of  the accounts as the reason behind the order to audit temple accounts. Tamil Nadu has been facing a similar problem as many temples’ finances haven’t been audited in a longtime.

Temple activist TR Ramesh had filed a PIL in the Madras High Court seeking an external audit of the temple accounts as HRCE officials have proven to be corrupt. However before it could be heard, the HRCE Commissioner is said to have requested the government to bring auditing under the Finance Department’s auditing wing supposedly to make the process transparent. But merely transferring the responsibility from one department to another won’t make it transparent as it would still be under the government’s scrutiny anyway.

Temple funds have been illegally used to buy vehicles for ministers and officials and food for department meetings. But these details wouldn’t have been known if not for the RTI petitions. So the demand to independently audit temple finances has been a longtime one. Speaking about it to The Hindu TR Ramesh said, “Shifting the audit wing to the Finance Department will not help in any manner and cannot be called independent. The audit wing does not even have chartered accountants. The audit does not cover jewelry owned by temples. Land alienation is not questioned”.

When HRCE auditors examine the accounts they allegedly look over violations in temple fund transfers as long as the Commissioner approves them. So the Karnataka government’s move to audit temple finances has received a warm welcome but it remains to be seen whether any good will come out of it.