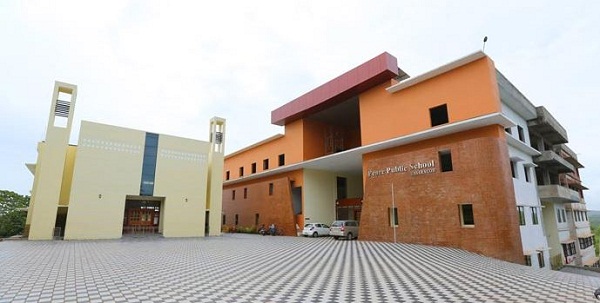 In a shocking news revelation, one of the schools run by Peace Education Foundation in Kerala, headed by M M Akbar, an Islamic preacher has been found indulging in Islamic radicalization and conversion to Islam through school text books. This foundation runs 13 schools in the state of Kerala and this particular school’s name is Peace International School, located in Kochi.

Quoting this news by TheNewsMinute :

‘A question in a textbook for Class 2 students asks, “Suppose your friend Adam/Suzanne has decided to become a Muslim, among the choices what advice will you give?”

The choices given are:
a. he/she has to change her name to Ahmed/Sara immediately
b. he/she is wearing a chain and will need to remove it
c. learn the shahada
d. runaway from home as parents are not Muslims

Shahada is one of the five pillars in Islam. According to the website answeringmuslims, “The word “Shahada” comes from the verb shahida, meaning “he testifies” or “he bears witness.” In reciting the Shahada, a Muslim bears witness that Allah is the only true god, and that Muhammad is Allah’s prophet.”

What is unclear is which textbook was this particular question a part of.

An investigating officer in the case told The News Minute that there were lessons on how to deal with non-Muslims.

Another question in one of the school’s textbook read,”Why Islam wins the battles? The answer is Islam wins the fights because it is a sacrifice for Allah,” an officer told The New Indian Express.

Police officers have confirmed that many of the portions when read individually may look harmless, but most books in their entirety actually propagate orthodoxy, conversion and terrorism.’

The school claims to provide an international curriculum to its students along with “moral and religious studies based on Medeena University curriculum“.

Going by this news report –

‘Six students at the school were radicalized and converted to Islam. According to sources privy to investigation, the school authorities had even radicalized non-Muslim members of the management committee. At present, out of the 300 students, only two are non-Muslims.

Earlier, ‘Express’ had reported that the school never taught biology as it teaches about reproduction and sex. The police authorities were closely watching the activities of the school as it was found that Abdul Rashid, a Kasargod native, who allegedly recruited the 21 missing persons from the state to IS, was an employee of the school.‘

It may be noted that couple of months back in Mangaluru, Karnataka, Sri Ram Sena workers had raided a Christian aided school for teaching Arabic suspiciously in school timings to 6th & 7th standard students, more than half of the students in that school are Hindu. Though the Shri Ram Sena workers were arrested and then given bail, the school authorities took a meeting with all parents and finally discontinued those Arabic classes.

In the beginning of this month, 6 people operating as IS (Islamic State) module were arrested in Kerala. Kerala seems to be the hot-bed of Islamic radicalization.