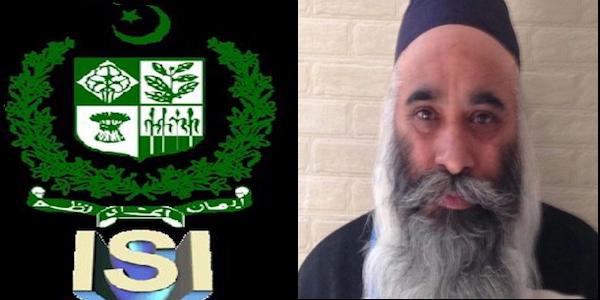 An NIA probe into a series of targeted killings, including those of RSS workers, Dera Sacha Sauda followers and a pastor in Punjab in the last two years has revealed that Pakistan’s Inter-Services Intelligence (ISI) is using Khalistani extremists to try and stoke communal unrest in the state.

The plan was to foment tension by killing key people and revive militancy. ISI turned to Khalistan Liberation Force (KLF) led by Harminder Singh Mintoo, lodged in Moga jail, and Harmeet Singh, said to be living in Pakistan under ISI cover

Details of the conspiracy were revealed during questioning of two hitmen — Ramandeep Singh and Hardeep Singh — by the National Investigation Agency (NIA) in the case relating to the murder of Ravinder Gosain, an RSS pracharak, in Ludhiana in October 2017. The duo allegedly admitted to killing six other men — RSS state vice-president Jagdish Gagneja in August 2016, Shiv Sena leader Durga Prasad Gupta in April 2016, Hindu Takht leader Amit Sharma in January, Dera Sacha Sauda follower Satpal Singh and his son in February and Christian pastor Sultan Masih in July. They also attempted to kill a few others.

Sources said other cases would soon be probed by the NIA and added that Ramandeep and Hardeep were recruited as contract killers online sometime in 2015. They were asked to carry out executions in Punjab. The KLF used its network in the UK to reach the two men.

On a positive response from these two, ISI and KLF allegedly transferred Rs 40 lakh to them in Bharat through hawala, Western Union and individual bank accounts from the UK, Italy, France, the UAE and Pakistan.

Ramandeep allegedly travelled to the UAE in March 2015 for basic training from the ISI and KLF and to understand the broad plan.

5 Hindu leaders & 4 other religious figures have been murdered in just 2 years in Punjab alone & many more have been threatened. There is now clear evidence of premier Pakistani intelligence agency ISI’s involvement in the plot to eliminate Hindu leaders and revive Khalistani terror in Punjab. And there is a strong local network across the country in form of illegal arms suppliers etc, as the recent mob attack by Muslim villagers on an NIA team in Ghaziabad shows.

Here are some more recent reports on the ISI-Khalistan nexus –

An even more brutal silencing of Hindu voices is taking place in Kerala, Tamil Nadu, Karnataka, UP and other parts of the country. But have our elites uttered one word? Their silence is saying one thing – ‘the Hindus who were murdered deserved it for being communal.‘

Contrast this with the massive outrage over the unsolved murders of 4 ‘rationalists’ (secular code for Hinduphobes), most of them during periods of Congress rule in Maharashtra and Karnataka, over a span of 4 years.

So-called Western liberal, secular, democracies like UK, Canada, Germany, Italy (which our elites claim are Bharat’s international partners) have aided and abetted these #BreakingIndia forces by turning a blind eye to Khalistanis operating on their soil, raising funds & managing logistics for the terrorists. Canada has in fact appointed a known Khalistani sympathiser as its Defence Minister. The same West funds and provides state support to Christian missionaries who are wreaking havoc with Indic religions and culture, while hectoring Bharat to control Hindu nationalism.

Whatever the Pakistani State does through its Army and ISI – shelling on the LoC to kill innocent civilians, arm & train jihadi terrorists to spread havoc in J&K, operate terror cells across Bharat, use train derailment as latest weapon of terror, harbor and glorify 26/11 masterminds like Hafeez Saeed, brutally persecute non-Muslim minorities and poison young minds with anti-Hindu stereotypes in school textbooks – our elites and left-liberals still pine for peace and insist Bharat must ‘reach out’ to Pakistan.

Bollywood continues churning out movies like ‘Tiger Zinda hai’ which shows a RAW & ISI agent working together against the ‘common enemey’ i.e. Islamic State terrorists who have kidnapped Indian nurses in Iraq.

What better PR could the Pakistani jihadis and Generals have asked for? The one country that they hate the most and which is clearly marked as enemy # 1 in their religious & military doctrines, continues to delude itself that differences with Pakistan are just simple mis-understandings – nothing that some Track-2 diplomacy and sports/cultural exchanges can’t solve.

If ever a country had a traitorous fifth column, it is the Lutyens’ elites and left-liberals of Bharat.