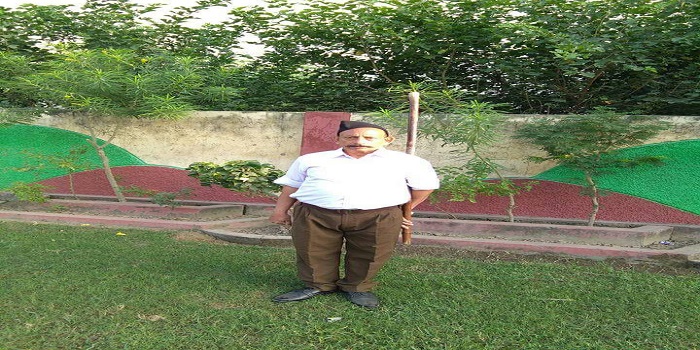 RSS leader Ravinder Gosain was shot dead by unidentified men in Ludhiana‘s Kailash Nagar, this morning. This is the third murder of a Hindu leader in Punjab over the last 1 year – all murders have a similar modus operandi of shooting by unidentified gunmen.

Ludhiana Police Commissioner said that Ravinder Gosain was returning home from RSS Shakha in the morning when the attackers fired on him & he died.

Murder of Hindu leaders, mostly linked to RSS/Sangh Parivar has become a common occurrence in many states of Bharat. The anti-RSS propaganda run by most mainstream media channels and incessant demonization of RSS by secular politicians and the influential left-liberal lobby consisting of public figures like Ramachandra Guha, Romila Thapar, Fali Nariman, Javed Akhtar etc. has created an enabling environment for such murders.

The situation is do dire that even RSS and BJP are not able to cogently present the case that while their opponents are busy projecting them as ‘fascist extremists’, the ground reality is that it is their workers who are facing the brunt of attacks by anti-nationals of all hues like Islamists, Khalistanis, Evangelicals and Maoists.