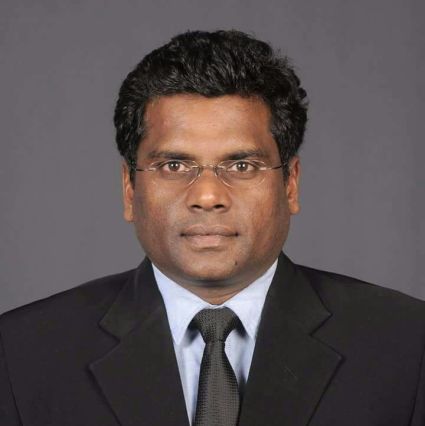 In 2014 a bold and honest Indian Administrative Service (IAS) officer Dr. Pingale fined 9 contractors of the Corporation of the City of Chennai. Within three days he was shunted out and many officials themselves, of course anonymously, have commented that this was due to political pressure from the contractor lobby.

It is not hard to imagine that whomever replaced the honest officer must have been either less than honest, or would not stand up against political pressure and be flexible for whatever reason. That replacement IAS officer was K S Kandasamy. His name, Kandasamy, means Bhagawan Murugan (son of Bhagawan Shiva) – the God who gifted Tamizh language to the Hindus of Dakshin Bharat.

In August 2017, this IAS officer was made the collector of Tiruvanamalai district.

The district is the home of the internationally renowned temple of Arunachaleeshwar, the fire and light form of Bhagawan Shiva. The whole mountain, on the foothills of which the temple is situated, is considered the deity. Many well-known and obscure Siddhars (Tamizh yogis) are from or have made this divine hill their home. The most famous of them is Bhagawan Ramana Maharishi, who counts many Nobel-laureates as his devotees.

Sadly though, what international scientists and global devotees know, our Hinduphobic IAS officers do not seem to know or do not care to understand.

Every year in the Tamizh month of Kirthigai and on the full-moon day (Pournami) a massive oil lamp is lit on the hill. Devotees climb up the mountain and offer prayers. This has been happening for thousands of years and is an unbroken tradition.

This has been abruptly banned by this Collector. This is against the right to freedom of religion and unconstitutional. Additionally, anna dhan (free offering of food to devotees who stay up all day and night that day) as well has been banned by the Collector. Suspiciously, only “officially authorised” donors or points of anna dhan will be allowed, it has been announced by the Collector. Nobody needs to be educated how quickly such process of permissions and authorisations will mutate into points of corruption or harassment by the officials. Obviously, this will discourage donors and impact devotees’ comforts directly, especially the economically poorer ones. There will be a direct impact on the numbers of devotees thus.

If this is not an anti-Hindu, Hinduphobic act, which is against the constitutional right to freedom of religion, then what else is?

Given the past history of this IAS officer’s appointments, replacing known honest officers, which anti-Hindu and Hinduphobic forces is the Collector now being accommodative of and pandering  to? Is this not a valid question?

Why should not the Hon’ble Supreme Court or the Hon’ble High Court take suo moto notice of such abuses of power and discriminatory behaviours of dictatorial IAS officers?