Hindu Samhati succeeds in getting juvenile justice for Baduria minor

After a sustained legal battle, Hindu Samhati has finally managed to get justice for the Hindu juvenile who was illegally arrested by police during the Basirhat riots. Yesterday, the ACJM (Addl.Chief Judicial Magistrate) court of Basirhat ordered the police to move the boy to a juvenile home. Police was forced to accept the authenticity of documents submitted by Hindu Samhati which proved that the boy was a minor.

The boy had been languishing in jail as an adult since he was arrested on the night of 2 July. The FIR registered by WB police conspicuously failed to mention the age of the accused; he was produced before a magistrate who sent him to judicial custody.

And despite the minor’s house being burnt down the same night he was arrested, Hindu Samhati activists managed to retrieve his birth certificate which clearly showed that the the boy was born on 6 July 2000 (6.7.2000) – i.e. he was just 16-years-old when he was taken into custody by WB police.

Here is the exact timeline of events, as per inputs from Hindu Samhati and this PGurus article –

Despite the West Bengal administration’s delaying tactics and pressure put on the boy’s family, HS efforts have finally borne fruit. With the child in a secure juvenile home, his custody can be reclaimed by his father/uncle directly from the home, on personal bond, as and when the situation is conducive for his safe return. There would be no need for a court hearing. PGurus has reported that the idea of rehabilitating the family in a new and safe location is also under consideration.

Moreover, the National Commission for Protection of Child Rights, on July 25, directed the District Collector of North 24 Parganas to investigate the complaint of violation of child rights and submit a report within 25 days, delivering another blow to the Mamata Banerjee regime. 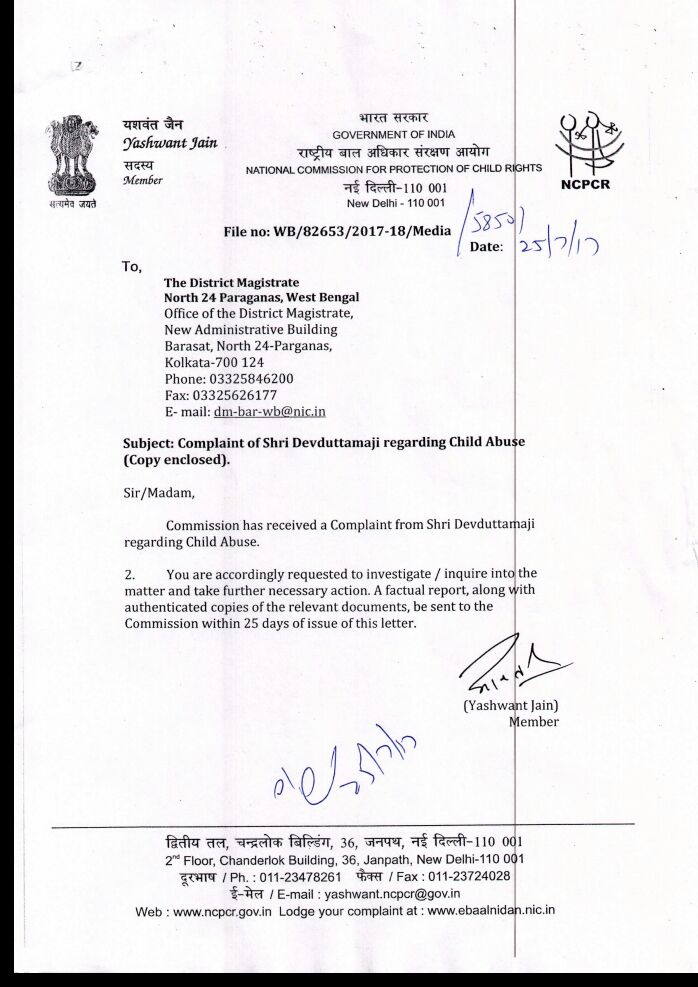