Hindu Man Lynched Over Minor Altercation In Pune, Dies After Being Pushed Under Truck 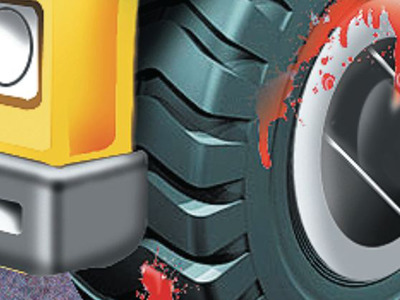 45-year-old Hansraj Kute from Kharadi was crushed under the wheels of a military truck after he was pushed in front of the heavy vehicle by Altaf Shaikh (21) following a scuffle at the busy Shastrinagar chowk in Yerawada, Pune on Saturday afternoon.

The Yerawada police identified the deceased as Hansraj Dhondiram Kute (45), who was originally from Takli Kazi village in Ahmednagar district and was staying in Kharadi.

The police said Kute, who worked as a bus driver with Pune Mahanagar Parivahan Mahamandal Ltd (PMPML), was engaged in an altercation with 21-year old Altaf Abdul Shaikh of Jaiprakashnagar over some trivial issue.

On spotting a military truck approaching them, Shaikh pushed Kute in front of the vehicle and the victim came under its wheels, the first information (FIR) report stated.

An offence has been registered against Altaf under section 304 (culpable homicide not amounting to murder) of the Indian Penal Code. Police said Altaf was arrested and produced before a holiday court on Sunday. The court remanded him in five days of police custody.

Assistant inspector (Yerawada police station) S V Bobade told TOI that Kute’s daughter had met with an accident a few days ago and was admitted to a hospital for treatment. He was walking down to the hospital in the area to meet his injured daughter.

The officer said Altaf and Kute were strangers and confronted each other at the junction. “On the basis of the information shared by a few passersby, it was established that Altaf had pushed Kute off the footpath and the fell before the truck,“ he said. Altaf, a college dropout, was looking for a job in the city, Bobade added.

(We thank @2_truthsayer for sharing this article)