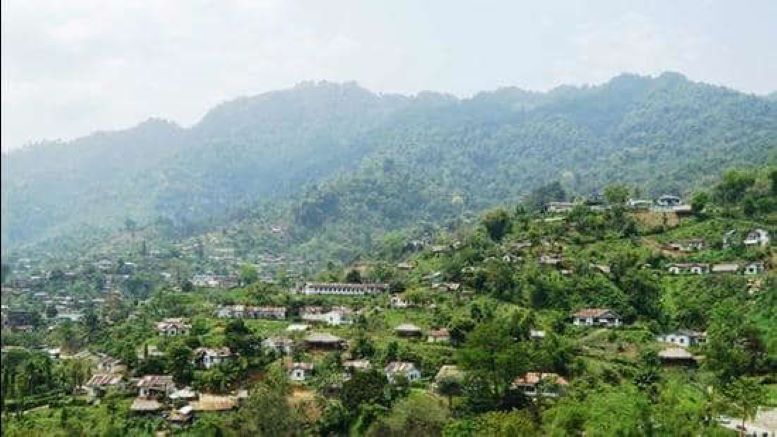 Hindu Hajong and Buddhist Chakma refugees, who moved to Bharat from the Chittagong Hill Tract (CHT) region of then East Pakistan (Bangladesh) between 1964 and 1966 to escape religious persecution, now find themselves being pushed out of Arunachal Pradesh (AP) as well.

Earlier this month, Union Minister Kiren Rijiju remarked that refugees cannot claim rights of indigenous tribals of northeastern states under the Citizenship Amendment Act (CAA). “Under CAA, no refugee can claim tribal rights in Arunachal Pradesh. Union Home Minister Amit Shah has already sent a clear message to the Chakma and Hajong refugees living in the state”, the minister had stated.

In his independence day speech in August last year, AP CM Pema Khandu had announced that Chakmas and Hajongs would be shifted out of the state labeling them ‘illegal immigrants’. A statement issued by CRDO (Chakma Rights and Development Organization) president, Mahendra Chakma, and general secretary, Anton Chakma had stated back then, “More than 90 percent of these people were born here and are citizens by birth. They will live and die here with dignity and honor and cannot suffer through another mass migration to start life afresh outside Arunachal Pradesh”.

The move was opposed by the Chakma Development Foundation of India (CDFI) which submitted a memorandum to PM Narendra Modi, home minister Amit Shah, Rijiju, and others. “Arunachal Pradesh had granted citizenship to Lisus/Ypubins who had migrated in the 1960s. Therefore, targetting the Chakmas and Hajongs only for settlement outside of Arunachal Pradesh proves that we are being targeted because of our ethnicity,” remarked CDFI founder Suhas Chakma.

Chakmas and Hajongs were legally settled by the Bharatiya government in Arunachal Pradesh under the definite plan of rehabilitation that was brought in by the Centre in consultation with the then North-East Frontier Agency (NEFA), as Arunachal Pradesh was known at that time, administration. The refugees were provided ration cards, jobs, gun licenses, and business licenses among other things in addition to each Chakma and Hajong family being allotted 5 acres of land.

Furthermore, they are governed by the Citizenship Act of 1955 and hence don’t fall under the purview of the CAA. This in itself negates the claim of Rijiju regarding the rights of indigenous tribals being taken away by Chakma and Hajong refugees. Therefore, the Hajong and Chakma census and subsequent ‘rehabilitation’ plan certainly appear to be a deliberate attempt at pushing these Dharmic groups out of the state. The PMO had also taken cognizance of the CDFI complaint against the racial profiling of Hajongs and Chakmas.

An MSN report on Hajongs and Chakmas notes:

Chakmas and Hajongs, who are Buddhists and Hindus, migrated to India between 1964 and 1966 from Chittagong Hills Tract (CHT) of then East Pakistan (now Bangladesh) to escape religious persecution and were settled in NEFA.

They were settled with a rehabilitation plan, allotted land and provided with financial assistance depending on the size of their families to help rebuild their lives. As per the 2011 Census, there are 47,471 Chakmas and Hajongs in Arunachal Pradesh.

In two judgments in 1996 and 2015, the Supreme Court directed the central and state government to protect the life and liberty of Chakmas and Hajongs under Article 21 of the Indian constitution and confer citizenship to around 14,888 Chakmas and Hajongs who have been left out.

Clearly, the apex court of the country had said that they were to be awarded citizenship rather than being considered refugees. Also, although they came to Bharat as refugees, those belonging to the younger generation are citizens by birth. A state like Arunachal Pradesh with a population of around 16 lakhs can surely accommodate Hajong and Chakma refugees who number less than a lakh.