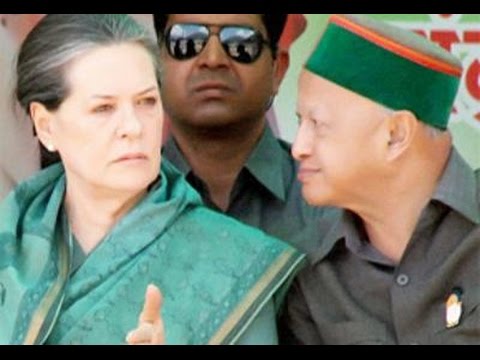 In another twist to the bizzare drama and sham investigation being carried out by the police in the murder and rape of a minor girl in the Kotkhai village of Shimla district, one of the alleged accused Suraj, a Gorkha labourer, was killed by his co-accused Raju in police custody on the night of 18th July in Kotkhai. The police remained a mute spectator while the accused was being murdered.

This incident infuriated the public which burnt the Kotkhai police station yetserday morning apart from blocking the main highway. The irate crowd also injured 3 policemen who had to be admitted in a Shimla hospital. There were protests and agitations against SP Shimla D. W. Negi & IG Zahur Zaidi in Shimla on the main Mall. The CM cut short his Mandi tour and was on his way back to Shimla as the situation got tense.

The callousness of the police and its strange behaviour which led to a custodial death of one of the alleged accused drew the ire of the public which went on a rampage and set fire to the police station. The High Court of Himachal has taken suo moto cognizance of the whole case and has sought a reply from the DG police.

6 arrested in the case are – Ashish Chauhan, 29, of Shaaral village in Kotkhai, the son of a prominent orchard owner who was the first to be arrested; Rajender Singh alias Raju, 30, a resident of Mandi who lived in Halaila village in Kotkhai and worked as a manager-cum-driver at an apple orchard; Subash Singh Bisht, 42, Deepu, 38, (both from Garhwal); Suraj Singh, 29, and Lokjan, 19, (both from Nepal).

Few culprits are still widely believed to be out of the police net even though their photographs are being circulated on social media and were also seen on the official page of the CM before being removed abruptly. The prime accused is believed to be Ashish Chauhan, but locals allege that police is going soft on him as he comes from an influential family with connections to the ruling party. There are also allegations that the 2 Nepali laborers (one of them now dead in suspicious circumstances in police custody) have been wrongly arrested in the case. Locals allege that the group involved in this gang rape-murder had also raped a Nepali woman in the same area last year, which went unreported because money was paid to her husband by them.

The ineptitude, lethargy and allegations of corruption against the top police officials and the resulting public outrage in the whole of Shimla district could have serious repercussions on political fortunes of the ruling Congress party. The Shimla district is a traditional bastion of the Congress but the widespread outrage amongst the people and their outpouring on the streets against the government and police apathy in bringing the culprits to book has severely dented the image of the Government as also the party, and could manifest itself in upcoming elections.

The Congress party has also asked the government to take action against the guilty police officials, but it is seen as a face saving exercise and a bit too little and too late. It could also be seen as an attempt to distance itself from the inactions of the Chief Minister Virbhadra Singh  given the feud between him and the Congress State President Sukhwinder Singh Sukhu.

In a late evening hearing, the HP High Court asked the CBI to constitute a SIT to investigate the matter. The under-fire Chief Minister, who is also battling a disproportionate assets case, cut short his Mandi tour yesterday, in a late move ordered the removal of IG Zaidi who was heading the earlier SIT and SP Shimla D. W. Negi who has drawn the ire of the public for the botched manner in which the whole investigation has been carried out till date.

Last month, SP D.W. Negi’s name along with two other policemen was allegedly found in a suicide note written by one Khyadup Gycho in which he had blamed atrocities and harassment by three policemen as reason behind his suicide.

It’s pertinent to mention that DW Negi is believed to be one of Chief Minister Virbhadra Singh’s most loyal officials. During his tenure in Shimla, the police remained in news for indiscipline and instances of anti-social behavior.

Yesterday the matter was also raised in the Lok Sabha by Hamirpur MP Anurag Thakur who also met Home Minister Rajnath Singh along with other MPs of the State and demanded the sacking of the State government. The Himachal governor has also demanded a report from the State Government in 2 days. The State BJP has called for a district level bandh today.

Meanwhile the parents and relatives are still waiting for justice.