Girl Kidnapped at Gunpoint by Stalker and His Family – Kasganj, UP 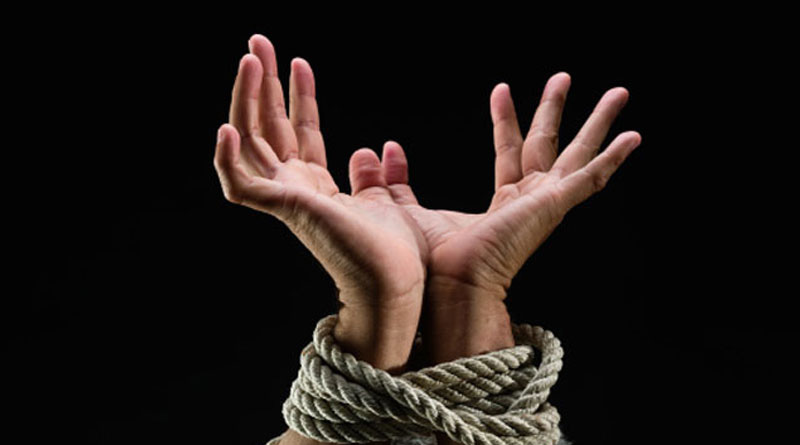 A Hindu girl has been kidnapped by a Muslim stalker and his family, the girl’s father has alleged. The incident occurred on 15th July in Amanpur area of Kasganj district, UP, Hindi daily Dainik Jagran has reported. Police failed to take any action for 5 days the father alleges, and a kidnapping case was finally lodged on Saturday, 21st July.

In his complaint, the girl’s father said that Sanu Khan, resident of Rajiv Nagar area & son of Baddan Khan, had been harassing & threatening his daughter for a long time. The father had lodged a case of harassment against the accused Sanu Khan on 18th January. After that, Khan & his family started pressurizing him to settle the case and even lodged a false complaint under IPC 156(3) which was dismissed in court, the father said.

On 15th January, as the girl was coming back from toilet, Sanu Khan, his father Baddan Khan and other relatives- Hasmat Tara, Salman Khan, Simran, Chinki (aka Chakki Tomar) – came armed with weapons in  a car and abducted her .

When the father found out from passers-by, he lodged a written complaint with police on 15th July itself. But they kept delaying on grounds of investigation and lodged the kidnapping case 5 days later.  The father has said in his complaint that he fears his daughter will be forcefully converted to Islam and married.

He believes that the wealthy son-in-law of the accused family has a major part to play in the crime. The father has alleged that the entire plan to kidnap his daughter was hatched in a building in the area named Tomar Sadan, where a Muslim family that lives as Thakurs in Jaipur, resides.

SO Shashikant Sharma said that a case of kidnapping has been lodged and a team has been created to retrieve the girl.