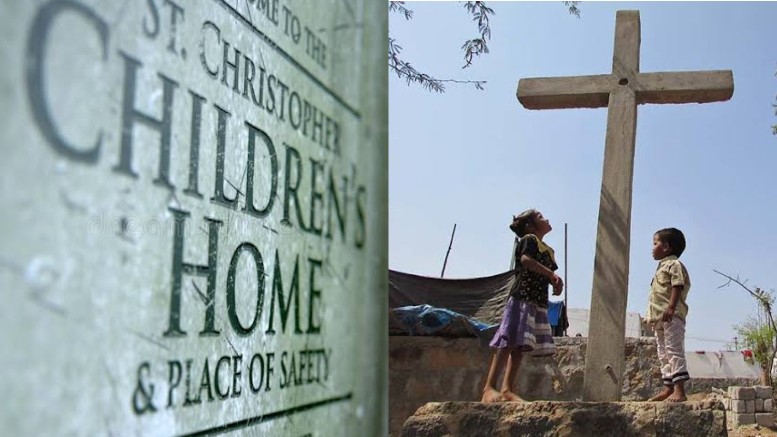 The murky operations of Child Welfare Committees(CWC) and Child Care Institutions(CCI) have come to light through a case of forced conversion. A woman has accused a CCI of abusing and forcibly converting her minor daughter. She has filed a petition in the Delhi High Court challenging certain provisions of the JJA act and rules concerning the functioning of CWCs.

In a gruesome case of child abuse, a woman has accused 2 NGOs of making her minor child register a false sexual abuse case and converting her to Christianity by placing her in a CCI. As per the mother’s account 2 NGOs, Evangelical Fellowship of India Commission on Relief(EFICOR) and Prayas ‘trapped’ her daughter and registered a false FIR of sexual abuse. On this pretext they reportedly produced the girl in front of the CWC which placed her in Global family Trust.

In the “home” run by Global Family Trust the minor Hindu girl was subjected to cruelty for five months and forced to convert to Christianity. Many violations have been reported by the mother in the functioning of these NGOs and the Child Welfare Committee. The mother said in her petition that in contravention to the rule 81(1) of Juvenile Justice(Care and Protection of Children), Model Rules 2016, activists of the 2 NGOs and produced the girl before CWC after 5 days.

But without taking note of it, CWC immediately sent the the girl for institutional care in Global Family Trust. The mother has accused the institution of exploiting, abusing, indoctrinating and forcing her daughter to convert to Christianity without her consent. In this regard, she has challenged the exclusive powers granted to CWC in dealing with children in need of care and protection through section 29(2) of the JJ Act as arbitrary.

Bringing to notice the other arbitrary parts of the act regarding the rules laid out for CCIs to report violations, her petition noted that it is the people who are responsible for child rights violation who are entrusted with the exclusive responsibility of reporting child abuse inside a CCI through Rules 76(2)(i) and (ii). It is a “blatant denial of justice to the child who is under the complete control of the offenders”, her petition noted. The petition challenged a bunch of provisions and rules as being arbitrary.

Global Family Trust, in whose CCI the girl was exploited and forced to convert to Christianity, is an FCRA NGO(DL/231661764) and run by Vincent Bernard. From their FC returns it is inferred that foreign funds are used to run Paripurna Jeevan Shelter Home. However their website doesn’t give any details of the same even though it mentions that the NGO runs shelter homes for boys and girls. The NGO receives funds from missionary organisations in USA and UK. Global Family Care Network Inc is the main funder which sent Rs.96.82 lakhs in 2020-21 alone. The NGO received Rs.1.59 crore in total in the 2020-21 FY.

Global Family Care Network’s website says its vision is to “provide a long-term and family-based care for children who are victims of commercial sexual exploitation and other forms of abuse”. Even NCPCR, the apex child rights body of Bharat encourages children living with family instead of being placed in Child Care Institutions aka orphanages. But, NCPCR’s plan is to reunite children living in orphanages with their kin, Global Family Care Network appears to be encouraging “foster care” by people who are in no way related to children.

Global Family Trust- India’s website says it “gives special help to raise awareness of the importance of foster care adoption”. Apart from being run by a Christian, Victor Bernard, their website gives examples of children being in foster care of Christian families.

EFICOR, the other NGO accused by the mother is a blatantly evangelistic organisation run by Dhanapalan. It is also an FCRA NGO(DL/231650058) registered in Delhi. In 2020-21 alone EFICOR has received Rs.2.81 crore from foreign donors.

It receives funds from missionary organisations across the globe like Veein HMK Help for human and Church-Switzerland, The Great Commission Foundation-Canada, International Christian Concern-USA, etc. EFICOR works with “law enforcement agencies” in rescuing bonded labours and victims of sexual exploitation and provides an “aftercare program” for rehabilitation. Curiously, while EFICOR’s website doesn’t say anything about running an orphanage, some private websites have listed an orphanage in its name in Delhi.

There have been many instances of such Child Care Institutions aka orphanages faking children as orphans to get money from foreign donors. NCPCR case study found that many so-called child rights activists lead a lavish life by painting a gruesome status of children in Bharat and asking for more money than needed to take care of a child. It also found instances of children being separated from parents by enticing them with good education, shelter and food and indoctrinated with religious ideologies. Now another such case, but of a different nature, filing a false sexual abuse case, to trap children has come to light through this petition. NCPCR must take cognizance of this case and get to the bottom of what might be termed as a neo-human trafficking gang