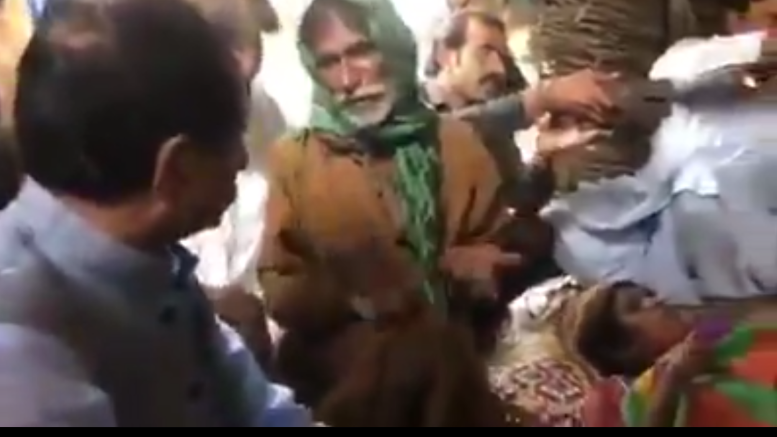 Pakistan continues to be a hell-hole for its minorities in general and Hindus in particular where Hindu girls are abducted at will by Islamist extremists who then brutally rape their hapless victims and/or forcibly convert them to Islam.

Sindh in Pakistan is particularly notorious for Jihadi atrocities on minority Hindus. A recent case that has been brought to light by Pakistani Human Rights Activist Rahat Austin is about a 22-year-old girl from Sujawal Goth in Sindh who was kidnapped by armed men on 2nd November 2020 and returned after days of constant and severe gang rape.

The girl is the daughter of a Hindu man named Hari who can be seen cursing himself for being born as a non-Muslim in the Islamic state of Pakistan in the video shared by Austin. In the heart-wrenching video, his daughter lay beside him barely able to move which indicates how brutally the victim had been tortured by her captors.

A Hindu Man, Hari is cursing himself for being born as a Non-Muslim in Islamic state of Pakistan. Armed men beat him, abducted his 22-year-old doughter on 02-11-2020. No one helped. She returned after days of constant, severe gang rape. She hardly can move.
Sujawal Goth, Sindh. pic.twitter.com/aQ68PeBh0V

Human Rights activists in Bharat have always remained tight-lipped about atrocities on Hindus in the neighboring Islamic nations and so has the majority of the political class. The plight of Hari and his daughter as well as many other similar cases before this show why a law like CAA is much needed and why it needs to be without a time deadline.