The Directorate of Enforcement (ED) questioned the Kerala state Minority Affairs Minister, K T Jaleel for his alleged involvement with Swapna Suresh in the gold smuggling network. Earlier Swapna Suresh and other members of the gang were arrested for misusing the diplomatic baggage route to smuggle gold into our country. 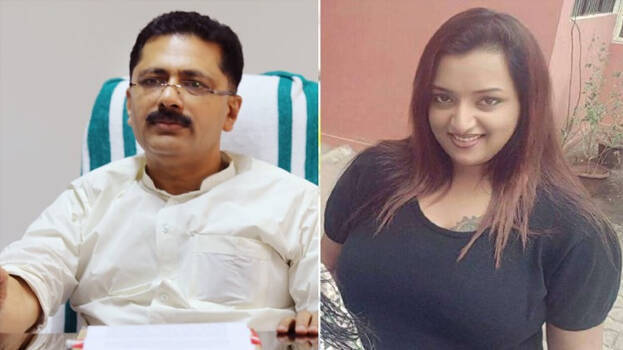 It was also revealed that Jaleel had received bundles from the UAE, which apparently contained copies of Islamic holy book Quran. It is now being alleged that those bundles contained not just Quran but also smuggled gold. It was allegedly done with the support of the UAE Embassy staff who have since gone back to their home country. The embassy officials have washed their hands off the controversy and have said that no such books have been arranged on their part.

Jaleel had claimed earlier that the UAE Embassy had contacted him for distribution of food kits, and copies of Quran during the month of Ramadan, which ended on the 24th of May. He added that since it was the lockdown period, the Embassy had contacted him to help distribute the above-mentioned aid and produced Whatsapp chats to validate the same. He also admitted that he was directed to contact and coordinate with Swapna Suresh for the same. Jaleel is apparently close to the UAE Consulate General, the attache, and has also admitted to having known Swapna for the past four years.

The food kits were procured locally and Jaleel was seen personally distributing the same in his constituency. The  copies of Quran  were, however, imported from the UAE. This is where the suspicion of smuggling comes into play.

Quran or a pretext for smuggling?

It seems that some personnel in UAE Embassy used the diplomatic channel and brought the bundles containing copies of Quran to their Trivandrum Consulate from the airport and stored it there. Please note that there a procedure to be followed for accepting foreign donations in Bharat and it requires permission of Central Government. Regardless, Jaleel went ahead and accepted the bundles from the consulate, without following any such procedure.

Whenever goods are imported from foreign countries through the diplomatic channel, the State Protocol Officer has to issue a clearance certificate which makes the consignment duty free provided the value of the goods is below 20 Lakh Rupees. If the stated value is above 20 Lakhs, the permission of the Ministry of External Affairs is required.

No such requests were issued by the state government which was confirmed in writing by the State Protocol Officer in his report to the Customs Department. He categorically mentions that he has not received such requests from any government department seeking exemptions since April 2019.

It is now alleged that Swapna Suresh might have forged the documents and got the bundles cleared using her contacts at the airport customs. A recent fire at the protocol office of the Kerala Secretariat adds credibility to this accusation and points to culpability of secretariat staff too.

The gold smuggling case is being investigated by multiple agencies including by the National Investigating Agency (NIA), which is investigating its connections to terrorists. Since the events also point to Foreign Contribution Regulation Act (FCRA) violation, central Home Ministry might also be interested in the case. The Enforcement Directorate (ED) is reportedly probing the money laundering angle in the case.

When the controversy erupted, Jaleel’s response was on communal lines. He took the moral high ground, brazenly asking if distributing holy books is anti-national activity. Some one should remind Mr. Jaleel that the case is not about distribution of holy books. He could have purchased all the holy books he wanted in Bharat and distributed them from Kashmir to Kerala without any suspicion!

The way the consignment was cleared from the airport only strengthened the suspicions. Phone call records of conversations between Jaleel and Swapna and vice-versa added to the controversy. Swapna had also contacted Jaleel’s personal staff members.

Jaleel is also the Higher Education Minister of Kerala. He heads a Government of Kerala organization called Kerala State Centre for Advanced Printing and Training (C-apt). Jaleel sent two full covered trucks belonging to C-apt to collect the parcels from the UAE Embassy. C-apt does printing jobs for the Kerala government and has also printed Qurans previously.

In this case, the official C-apt driver was replaced with someone from Malappuram who took delivery of the materials from the UAE Embassy. He drove to Malappuram where a few bundles were offloaded. He then allegedly disconnected the GPS device from the vehicle and delivered the rest of the bundles to an address in Bangalore!

MS Anaz Manara of Aroor and his connections to KT Jaleel

K T Jaleel appeared before the ED this Friday, the 11th of September. On Thursday, he informed his staff that he was going home to Malappuram and left his official residence at Trivandrum. He along with his driver and gunman drove with a police escort to a friend’s house near Aroor in Alappuzha district. He then requested to cancel his escort, asked his gunman and his driver to stay at Aroor, and left for the Cochin office of the ED along with his Aroor friend. The vehicle they traveled is also on the blacklist of the Kerala Motor Vehicle Department, although its not yet clear for what infractions.

That friend is M S Anaz Manara, himself a controversial figure with close connections to high-level CPM leaders and an old friend of Jaleel. 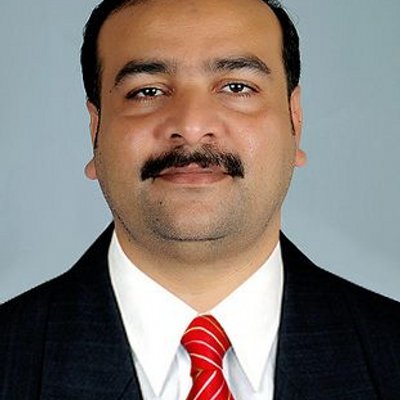 Anaz is the son of a retired Sub Inspector of Police (SI). The SI was a left union member while in service and was an active member of the CPM after retirement. Sometime in 2000, Anaz was badly hurt during post-election violence and has been an active CPM supporter since then.

His empire rose exponentially over a short period of time and it now includes Seafood exports, pharmaceuticals, and high profile real estate deals. He is allegedly the “Benami” front for many CPM leaders. Multiple raids have been conducted on his premises by various investigating agencies in the past.

Anaz is also an old member of the local Hajj Committee of which Jaleel is the Minister. Even in this post, there are allegations of nepotism. Allegedly, even though Anaz is Sunni he got into the Hajj Committee in the vacancy of a Shia Muslim.

Jaleel tried to stealthily slip into the ED office hoping that the media would not see him there. He probably forgot there are security cameras everywhere. The ED apparently questioned him for three hours and allowed him to leave. ED has now confirmed that they will be summoning him again in future. They reportedly need clarity on the declared assets of Jaleel. Along with ED, both, the customs department and the NIA, are also sending him notices.

Jaleel then left the ED office in Anaz`s vehicle, got into his official vehicle (which had by then reached Cochin), and went home to Malappuram. On his journey back, Jaleel spoke to the local media over the phone.

To a question of whether the ED is preparing to take his statement, he said that he saw newspapers’ report that he will receive a notice from the ED. Asked whether he has not received notices till now, he denied the same and added that he will inform once he receives the same.

The media meanwhile,  dug deep and came up with footage of Anaz’s vehicle dropping off Jaleel and leaving the ED office. Another reporter checked with the ED Headquarters in Delhi and got a confirmation that Jaleel had been questioned. Jaleel blatantly spoke a white lie in this episode. If this is the integrity of the ministers in the Kerala government, no wonder there is so much misgovernance!

Although all top leaders of the CPIM have endorsed Jaleel there is trouble brewing both within the govt and all over the state. Protesting students of the ABVP are being mercilessly beaten up by police in different parts of the state.  This is happening at a time when heavy rains are lashing the state and confirmed cases of the virus are touching the 3000 a day mark, every day. Many have been injured, arrested and hundreds of cases have been registered at different police stations.

The CPI, which is a part of the ruling Left Democratic Front (LDF) has also raised a few questions regarding this embarrassing situation. They have asked as to why every time he gets mired in controversies, the CPIM justifies Jaleel ? This specially when he is not technically even a CPIM party member and is an independent supported by CPIM? The CM had to come in defense of the tainted minister today and he claimed that Jaleel has done nothing wrong!

ED interrogated State Minister KT Jaleel about consignment to UAE consulate containing Quran. There's no ground to say he did anything wrong. He is also Minister of Minority Affairs & Waqf. He did what was needed to be done: Kerala CM. #KeralaGoldSmugglingCase pic.twitter.com/dvOb4AMrzF

In simple terms, Jaleel wants a smokescreen for which he is using the CPIM and CPIM wants Muslim votes for which they are protecting Jaleel. With noose tightening around his neck, how long will they be able to stand up for Jaleel remains to be seen.