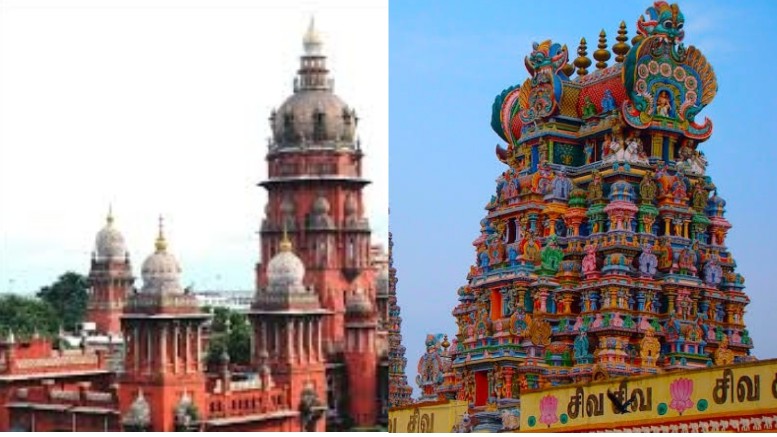 Madras High Court has slammed the Hindu Religious and Charitable Endowments (HRCE) department of Tamil Nadu for its negligent attitude towards the upkeep of ancient temples in Tamil Nadu. It has also issued a set of 75 directions to the state government to safeguard the temples and their properties.

In a suo motu case initiated by the then Chief Justice in 2015 based on a reader’s letter, ‘The Silent burial’, published in The Hindu, the judges came down heavily on the state government saying, “the custodians of grand and antique temples and ancient monuments are least bothered and the conservation of our valuable heritage is deteriorating not due to any natural calamity or catastrophe, but due to reckless administration and maintenance under the guise of renovation“. They chided the Archeology and HRCE departments for leaving 2000 year old temples in ruins.

In an attempt to bring reforms in temple management, the judges wrote elaborate directions regarding the maintenance and upkeep of temples and their properties. Most important of the 75 directions issued by the court is that ‘temple lands must always remain with temples and the State Government or HR&CE Department should not alienate or give away such lands contrary to the wishes of the donors’. The court observed that the government often takes over temple properties in the name of ‘public purpose’ and ordered that it shouldn’t be invoked to acquire lands as community interests generally rest with such lands.

Other important directions passed by the court are as follows,

While the court has laid out a plan for sweeping reforms in the HRCE department, it is yet to be seen whether the anti-Hindu DMK government will comply and bring temples to their past glory.