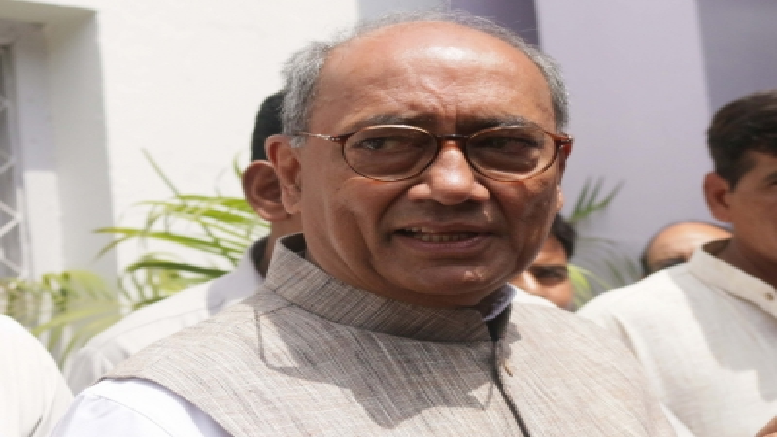 The controversial remarks made by former Madhya Pradesh Chief Minister and Rajya Sabha member, Digvijaya Singh, in a Clubhouse platform conversation over bringing back of Article 370 in Kashmir if Congress comes to power, has embarrassed the Congress party in the state.

On the one hand, the BJP has launched a blistering attack on the Congress leader while on the other, Singh’s own family members have also indirectly criticised him. No prominent Congress leader is seen openly standing with Singh over his statement.

Digvijaya Singh had responded to a question asked by a journalist during the Clubhouse chat recently, saying the democratic process was not followed while Article 370 was abrogated from Kashmir, and the party may reconsider this issue. The statement by Singh went viral on the social media.

“Such a person working against India should be investigated by the National Investigation Agency (NIA), including other competent agencies, so that other anti-India forces do not dare to raise their heads,” Sharma added.

Digvijaya Singh has hit back on the demand of Vishnu Datt Sharma. He referred to a six year old statement of Rashtriya Swayamsevak Sangh (RSS) Chief Mohan Bhagwat, saying, “India-Pakistan are like brothers. Just like Kauravas and Pandavas, Pakistan is our brother, the Indian government should strengthen its relations with it.”

On the other hand Digvijaya Singh’s younger brother and Congress MLA, Laxman Singh, and his wife Rubina Sharma Singh have also expressed their views which are diametrically opposite to the statement of Digvijaya Singh.

Congress MLA Laxman Singh says, “It is not possible to enforce Article 370 back in the Union Territory of Jammu & Kashmir.”

“The words spoken about Kashmiri Pandits and the so-called reservation for them are unfortunate. All this was told to a journalist from across the border, a nation that did not let us live in peace,” said Rubina Sharma Singh.

A Congress leader on condition of anonymity said, “It is incomprehensible why prominent leaders of the party make such statements, not toeing the party’s official stand. At times it seems as if he (Digvijaya Singh) is not concerned about the party at all. Such controversial statements are made before the elections. As the Assembly elections in Uttar Pradesh are approaching, Digvijaya Singh’s statement will cause damage to the party’s chances.”