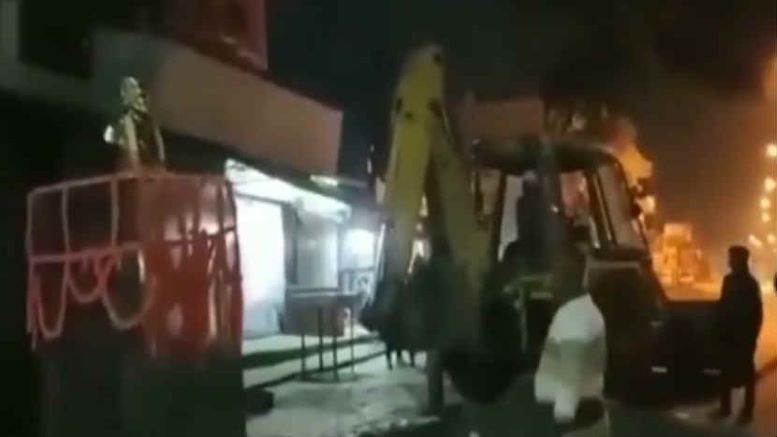 Congress has often exposed its anti-Hindu stance and has never batted an eyelid before insulting Hindutva icons. However, the same Congress and its leaders have undertaken temple runs just to secure Hindu votes. Keeping up with this tradition, Madhya Pradesh (MP) state government led by 1984 anti-Sikh riots accused Kamal Nath over saw the bulldozing of Chhatrapati Shivaji Maharaj statue at Chhindwara, the home constituency of the CM.

It came to light late on Tuesday night (12th February) that local authorities used a bulldozer to remove the bust of Chhatrapati Shivaji Maharaj. Shivchhatrapati lovers have been deeply hurt by this move of MP government and expressed their anger and opposition to this move by staging a protest on Chhindwara-Nagpur highway. The Bharatiya Janta Party (BJP) condemned this shameful move and demanded an explanation from ex-ally Shiv Sena (SS) whether they would question Congress over its shameful conduct or keep mum seeing their opportunistic alliance with Congress-NCP in Maharashtra

Ex-chief minister of MP and BJP leader Shivraj Sing Chouhan condemned the act and said “Chhatrapati Shivaji Maharaj is the pride of the nation, our Hero and an inspiration for the entire nation. We will not accept his. If they had to move the statue then they could’ve done it with dignity but this government takes pride in insulting great men”.

Congress often times insults Hindu icons be it Veer Savarkar or Chhatrapati Shivaji Maharaj. It is time Congress realizes that going to temples before elections doesn’t make it a Hindu. A true Hindu is one who respects Hindu icons and fights back for his self-respect and this is something we as Hindus must understand before we cast votes to parties like Congress.