A Compilation of Christian Appropriation of Hindu Culture 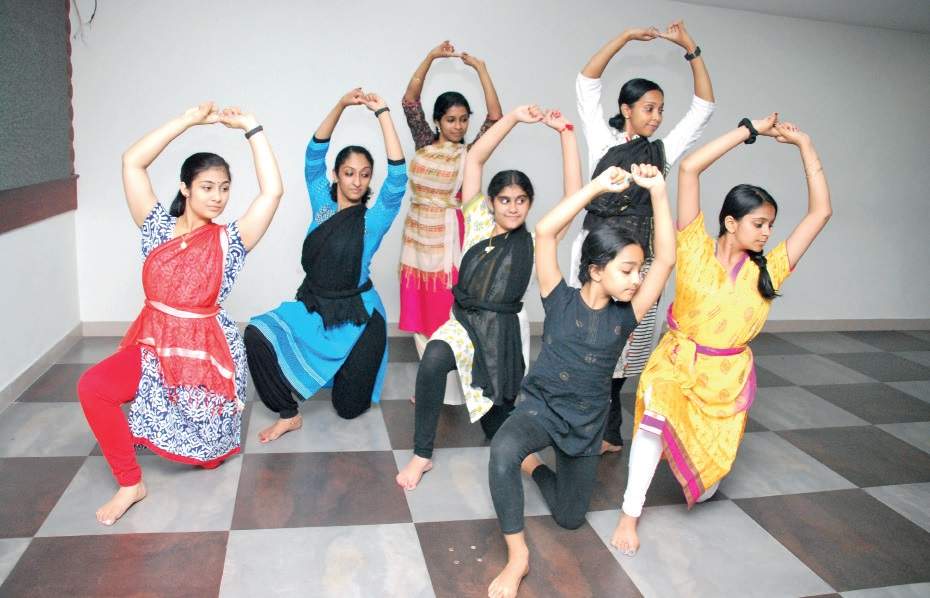 A recently published article in The New Indian Express mentions that a bible based Bharatanatyam event will be held in Kochi, Kerala. It says –

“Since most children who grew up in the US are not familiar with Indian mythologies, Jinoo had to innovate. She taught them various dance forms with the help of stories they were most familiar with. This led to the inception of the ‘Bible Margam’, a Bible-based bharatanatyam performance which brings stories in the Old and New Testaments to life. The event, which is being brought to Kochi for the first time, will be performed by 11 US-based Indian students on July 21 and 22.

Jinoo said, the performance will be presented through Margam, a traditional bharatanatyam repertoire consisting of several dance items. Stuthi will be based on the book of Genesis where the artists will perform the story of the creator and the creation. Varnam, which will be the longest item in the event, will tell the story of the Israelites’ exodus through the Red Sea. It will also loosely revolve around the 10 commandments.The birth of Jesus Christ and the two miracles that he performed and his crucifixion forms the crux of Keerthanam. The Padam is quite complex in its solo treatment where the artist will take you through the various emotions of Mother Mary as she sees her son crucified on the cross and remembers the various stages of his life. She faces the pain with hope to see him again after three days.

Thillana is a celebration of the  resurrection. The show will conclude with the Mangalam which will be generally a praise to the creator. The programme will extend upto one hour and 30 minutes and will be performed at the Changampuzha Park and Girinagar.”

This method of appropriation of Hindu culture by Christians is well known for the Hindus who are aware about various threats they face from Abrahamists. It is true that the Syrian Christians of Kerala who arrived in Kerala during early medieval period did adopt Hindu practices and customs. However this was due to the fact that these early Syrian Christians, who migrated from Iran when the Christianization of the Roman Empire caused the Iranians to see their Syriac-speaking Christian minority as a Roman fifth column, were tiny minority in Kerala. They were living under the protection of benevolent Hindu rulers who showed them hospitality to live in Kerala (this alone destroys the so called argument that Hindus are ‘intolerant’ made up by leftist-liberals). So the early Syrian Christians followed the rules of Hindus and live according to Hindu customs under a Hindu king in a Hindu kingdom.

But unlike this context, these modern appropriations are either aimed at Christianizing the Hindu practices so that Christians can deceive naive Hindus and HINO’s (Hindus In Name Only) who are not well read about their own ancient Hindu traditions. This is either done with the aim of gradually confusing them, making convert them to Christianity, or these appropriations can also come out of inferiority complex of Christians towards age old Hindu traditions.

Because of the inferiority complex, many of the christian authors have also started saying that ancient Hindu practices and beliefs in fact have Christian origins. For example, the two links given below say that ancient Hindu Vedic beliefs were influenced by Christianity:

Now we shall have a look at the compilation references to Christian appropriations of Hindu culture so that  Hindu readers can  be aware of this deceiving act by Christians. 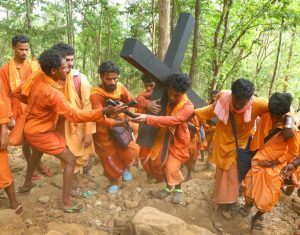 Great Hindu scholar Sri. Sita Ram Goel also has written on the copying of Hindu Ashrama and Sanyasa tradition by Christians. Ironically, the liberals who ridicule this system of Hindu society by misrepresenting facts seem to be completely quiet on its appropriation by Christians.

There are more Christian copies of Hindu culture. The list goes on. In Southern states of Bharat, it is common to see Hindu temple style Dhvaja stambha (flagpost) and lamps in churches. These show that the only way to prevent this hijacking of our ancient Hindu culture is by have more knowledge about our practices and be more grounded on our traditions. Otherwise the future generation of Hindus will easily be deceived by these shameless appropriations for which a percentage of our people have already fallen prey to.