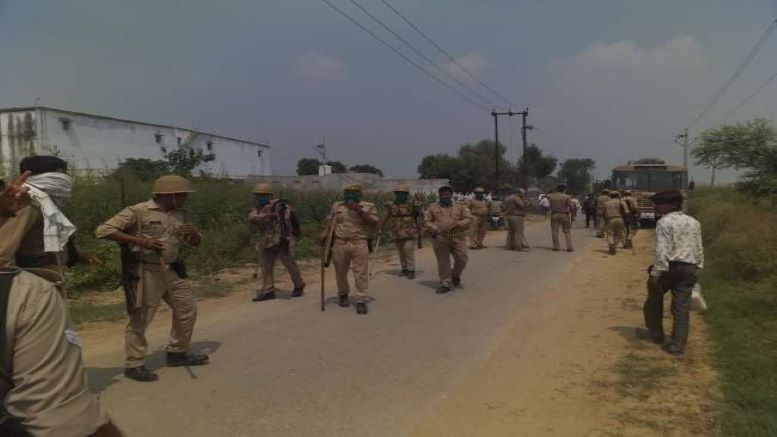 Uttar Pradesh (UP) is turning out to be a hub of sexual grooming and trapping of girls in the name of love. The UP police have rescued a teenage victim of grooming and also arrested the accused reports Dainik Jagran.

The police swung into action provoked by the Mahapanchayat (joint meeting) conducted by angry villagers of 50 villages. The accused has been arrested and medical tests of the girl are being conducted. Also, the Iradat Nagar inspector has been removed by the SSP (Senior Superintendent of Police).

The report says that Bunty Khan changed his identity to Bunty Tyagi in order to trap the 14-year-old by professing to be in love. As per information, both reside in the same locality and on 11th September the girl was kidnapped by Bunty.

However, despite launching a complaint the inaction on the part of the police department led the villagers to call for a meeting at Rahalai village on Tuesday. A huge number of villagers gathered at the spot and blocked the road in a protest demanding police action in the case. Additionally, they also demanded the removal of the inspector.

Following this, the police besides removing the inspector also arrested six of Bunty Khan’s relatives along with one Pavan for aiding and abetting in the kidnapping. Having been given an ultimatum to find the girl within 24 hours, seven teams were constituted by the SSP.

It must also be mentioned that the Iradat Nagar Station Inspector Suraj Prakash was transferred to Nibohra and substituted by Vinod Kumar. SSP Bablu Kumar has issued a statement saying the girl has been rescued and the accused who have been arrested have been sent to jail.

On 11th September, the girl had stepped out for a walk at around 5 in the morning when a youth belonging to the minority community sweet-talked her and took her away with him. Eyewitnesses then informed the family members. On inquiring, they learned that the youth was Bunty Khan who worked in a medical store in the area. The family members lodged a complaint but when they saw no action being taken, they informed their community members.

Around 2000 people gathered in the village and the police had to resort to force to disperse the crowd. The people agreed to leave but not before being assured of action from the police. The case is currently under investigation.