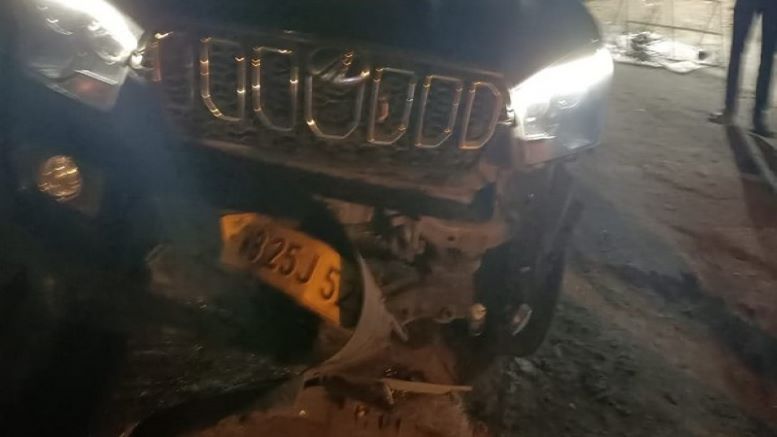 BJP leader Firoz Kamal Ghazi aka Babu Master was attacked by a group of unidentified hooligans on Basanti Highway on Saturday. West Bengal’s North 24 Parganas district police confirmed that Ghazi and his driver received splinter injuries when they were on their way to Kolkata after attending a meeting in Basirhat. The miscreants attacked his car with crude bombs.

According to BJP, Babu’s car was attacked with bombs by 10 -12 miscreants near Lauhati Police post. They have been admitted to a private hospital in Kolkata. Ghazi is out of danger but will be under observation. Babu Master, a former Trinamool Congress leader joined the BJP in December last year.

Senior BJP leader Suvendu Adhikari visited Babu Master at the hospital on Saturday evening. “Earlier this evening, visited my friend Babu Master in the Hospital. He was mercilessly attacked by criminal elements from the @AITCofficial,” Adhikari tweeted.

Babu Master, the former TMC leader was accused of murdering BJP activist Pradeep Mandal from Sandheshkhali. On 8th June 2019, a clash took place at Sandeshkhali in North 24 Parganas, the police registered two FIRs and two missing diaries. One FIR has been filed by Padma Mondal, wife of BJP worker Pradip Mondal, who was killed in the clash.

BJP supporters are upset with the party for including the likes of Ghazi.