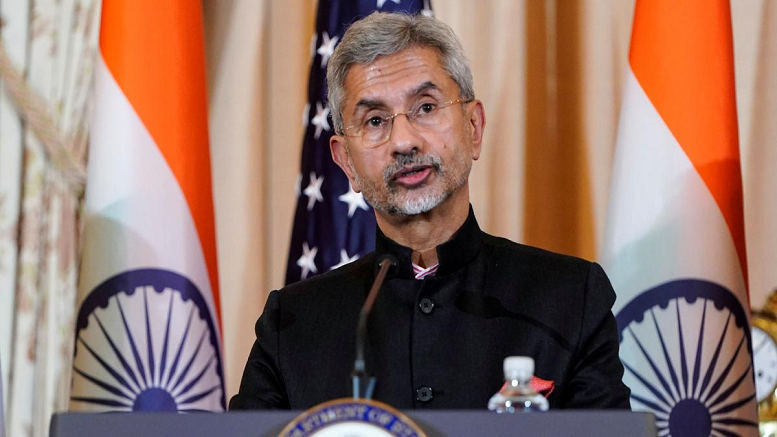 External Affairs Minister S Jaishankar’s visit to the Philippines starting this weekend is set to cement special ties between New Delhi and Manila riding of their recent BarhMos missile deal, widely touted as a game-changer in the South China Sea. The two countries are now looking at working together in the fields of maritime security, intelligence-sharing, military training, procurement and logistics.

The Philippines’ Defence Secretary Delfin Lorenzana and BrahMos Aerospace Director General Atul Dinkar Rane had signed the contract worth PHP 18.9 billion in a virtual ceremony at the DND headquarters in Camp Aguinaldo, Quezon City on January 28.

“Equipping our Navy with this vital asset is imperative as the Philippines continues to protect the integrity of its territory and defend its national interests,” Lorenzana had said at the time of contract signing for the shore-based anti-ship missile system acquisition project for the Philippine Navy.

“As the world’s fastest supersonic cruise missiles, the Brahmos Missiles will provide deterrence against any attempt to undermine our sovereignty and sovereign rights, especially in the West Philippine Sea,” the defence chief had added.

The Philippine government’s Department of Budget and Management (DBM) had on December 27 released two Special Allotment Release Orders (SAROs) to cover the initial funding requirements of the ‘Shore-Based Anti-Ship Missile System Acquisition Project’ of the Philippine Navy under the Revised Armed Forces of the Philippines Modernization Programme.

Manila has shown interest in acquiring BrahMos – the potent offensive missile weapon system developed through the joint venture between Bharat (DRDO) and Russia (NPOM) – ever since the indigenously built stealth warship INS Sahyadri had docked at Manila South Harbour along with an anti-submarine corvette, INS Kiltan in October 2019.

Initially, Philippines will be acquiring three batteries – consisting of three mobile autonomous launchers along with two or three missile tubes each and the tracking systems – besides training for operators and maintainers as well as the necessary Integrated Logistics Support (ILS) package.

The deliveries of the BrahMos for the Philippine Navy’s Shore-Based Anti-Ship Missile System Acquisition Project are expected to start later this year.

Lorenzana had called it an “absolute honour” for the Philippines to be the first foreign nation to acquire Bharat’s supersonic cruise missile systems.

Strengthening cooperation between Bharat the Philippines on regional and global issues in the context of ASEAN and India Dialogue; and mutual support to address the Covid-19 pandemic and economic revitalization in the fields of agriculture, energy, and Information and Communications Technology (ICT) could also be the top meeting agenda.

Locsin had last year said that Jaishankar’s wisdom on Indo-Pacific dynamics has guided him in many crucial decisions, including Indian minister’s “sharp insight” on the the Indo-Pacific region.

We support Bharat’s initiative for an ASEAN-India Joint Statement on the ASEAN Outlook and the Indo-Pacific Oceans Initiative.

“We commend India’s active participation in the East Asia Summit, the ASEAN Regional Forum, and SOMTC Plus India. We aspire for a region of peace, growth, stability and freedom especially from non-state transnational threats to which we are especially vulnerable,” the Foreign Affairs Secretary had commented during the ASEAN post-ministerial conference session with Bharat last August.

“We look especially to India as a teacher in this particularly perilous field of fire ï¿½ which describes our respective countries’ situations in this regard,” he added.

Imran names US as country behind threat in ‘slip of tongue’