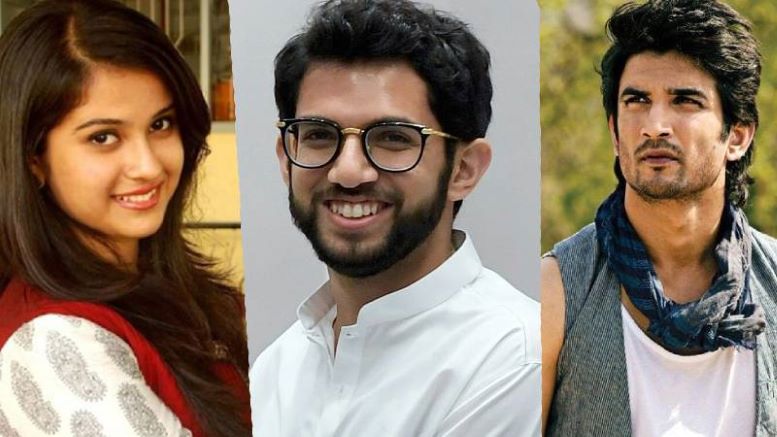 Maharashtra Cabinet Minister for Tourism and Environment Aaditya Thackeray has issued a statement with regard to the ongoing Sushant Singh Rajput case where his name has cropped up. Allegations are being made that the Maharashtra government is hesitant to hand over the case to the CBI (Central Bureau of Investigation) due to the probable involvement of junior Thackeray.

People are doing mud slinging on me personally and members of the Thackeray family…. I have no connection with #SushantSinghRajput's death in any manner. This is politics over someone's death: Maharashtra Minister Aaditya Thackeray in a statement pic.twitter.com/jYv6Wj1Zfm

In a detailed statement, he attempts to make a case for himself and blames the opposition for mud-slinging adding that they are not able to digest the ‘success’ of Maharashtra government in handling Wuhan Virus pandemic. Well, for one Aaditya needs to understand that having the maximum number of cases in the country doesn’t count as successful handling of the pandemic situation.

He further admits that he might be close to some from the Bollywood fraternity (he is indeed close to controversial Bollywood producer-director Karan Johar) but adds that the closeness stems from the fact that the film industry happens to be one of the biggest job producers in Mumbai and also says that it isn’t a crime to have friendly relations with those who belong to this industry.

Invoking his ‘Hindu’ roots he states that since he is the grandson of ‘Hindu Hriday Samrat’ Balasaheb Thackeray, he would never indulge in an act that would bring shame to him or disrepute to his family’s and party’s honour and name. Maybe Shiv Sena and the Thackerays forgot that they are descendants of a ‘Hindu Hriday Samrat’ while allying with anti-Hindu Congress and NCP in their lust for power.

In his statement, he also points out that his name is being dragged only because some of his opponents are unable to digest their failures and Shiv Sena’s, Maharashtra government’s, and the Thackeray family’s success. He also absolves himself of any involvement in this case.

Certifying the efficiency of the Maharashtra police as one of the best forces in the world, he says that they are conducting an in-depth investigation into the case and only those who do not have faith in the law would indulge in blame games.

While Aaditya Thackeray would love to give the Maharashtra Police a clean chit, as far as the Sushant Singh Rajput and his ex-manager Disha Salian death investigation is concerned, there seems to be too much murkiness and the Maharashtra Police needs to come clean on the details of the case, the failure of which certainly raises questions on their intentions.

He asks those accusing him to hand over any proof they have to the police who would investigate on the basis of the information provided. Thackeray ends by stating that he has been patient all along but warns his opponents to not harbor such misconceptions that they would be able to slander the government or the Thackeray family by mud-slinging.

Meanwhile, the Centre has accepted the request by the Bihar government to order the CBI to probe Sushant Singh’s death, Solicitor General Tushar Mehta told the Supreme Court today. The top court, while  hearing a plea by actor Rhea Chakraborty seeking transfer of the case registered in Patna to Mumbai, asked the parties involved to file their response in three days. It also ordered the Maharashtra government to apprise the court of the stage of investigation by Mumbai Police into Rajput’s death. The case will now be heard next week.

SC also pulled up Maharashtra govt over putting a senior Bihar Police officer, who had gone to probe the case, in quarantine. “It doesn’t give a right message. He was there to do his job. You must do everything in a professional manner. Protect all evidence,” commented the judge.

Instead of issuing a statement that raises more questions than it answers Aditya Thackeray could’ve simply saved himself the blushes if he had written to the Maharashtra government asking for a CBI inquiry. May be, Uddhav Thackeray should come forward and hand over the case to CBI since his son believes that he is being unfairly targeted and if they indeed don’t have anything to hide.

Action and not words speak louder Mr. Aaditya Thackeray and the actions of both the Maharashtra government and its police each passing day are only making people more suspicious. Now, we hope the real truth emerges with the CBI inquiry.