AAP Volunteer Commits Suicide Due to Sexual Harassment, Kejriwal Had Asked Her to ‘Compromise’ 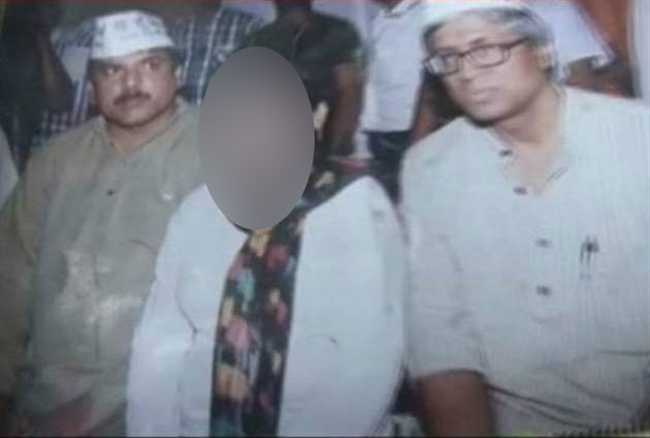 A female Aam Aadmi Party worker, Soni, committed suicide on Tuesday due to continuous sexual harassment by an AAP member, and inaction by senior party leaders upon her complaints. In fact, in a video released by a media channel, Soni has claimed that AAP supremo Arvind Kejriwal asked her to ‘compromise’ over the issue. The deceased resided in outer Delhi’s Narela area with her two daughters and other family members. She consumed poison at her residence, and died during treatment at Delhi’s LNJP Hospital.

There are two names being given in various media reports for the AAP member who was sexually harassing Soni – one is Ramesh Bhardwaj and the other Ramesh Wadhwa.

As per this Zee report –

“A senior police officer told news agency IANS, “She had made a police complaint on June 2, about one of her party colleagues Ramesh Wadhwa for harassing her. We registered a case against him and arrested him on June 3.” Wadhwa was granted bail on June 04.

She was basically unhappy over her party for not initiating any action against her alleged molester, the officer told IANS.”

“Soni has accused an influential AAP worker Ramesh Wadhwa of sexually abusing her. She had also registered a complaint against him which led to his arrest. However, Wadhwa was released few days later, and tasked his men to stalk the girl. Unable to bear the harassment caused to her by the daily stalking, Soni ended her life.

According to sources, AAP was reluctant to act against Ramesh Wadhwa since he is the close aide of AAP MLA from Narela, Sharad Chauhan.”

The family members of the woman alleged that Soni went into depression after bail was granted to the accused, and AAP party failed to initiate any action against him.

However, this DNA report gives the accused AAP member’s name as Ramesh Bhardwaj. It also says that women activists in Delhi have demanded a thorough probe –

“Demanding a thorough probe into the suicide of an Aam Aadmi Party (AAP) woman activist, who had accused her party colleague of sexually harassing her, the women activists on Wednesday said this episode is shameful on part of the Arvind Kejriwal-led party which came as an outfit with a difference. Woman activist Kavita Srivastava wondered as to under what compulsions did the AAP member commit the suicide.

Srivastava said, ‘If the woman leaves behind a suicide note and if she names any party, institution or individual then proper investigation should be done with immediate effect as to what were the compulsions and under what pressure did she take such a step.’

Another woman activist Abha Singh on her part said, ‘The Aam Aadmi Party did not initiate any action and did not speak in favour of this woman and wanted to get rid of the situation. I believe that a lawsuit of IPC 354 has been filed against the person, who molested her. But abetment to suicide should be registered against the party workers, who did not help her due to which she got frustrated and committed suicide.’

Singh further said, ‘This is a matter of shame that the Aam Aadmi Party, which came to power as a party with a difference, which wanted the youth to come along, they themselves could not respect women and could not give justice to women due to which their party worker committed suicide,’ Singh added.”

Volunteering for AAP – a deadly proposition?

This is not the first instance of an AAP volunteer committing suicide, dying in mysterious circumstances, or alleging sexual harassment by party leaders.

AAP has also encouraged a culture of impunity for those volunteers who are in the good books of the senior leadership – this article shows the brazen manner in which AAP is actively encouraging participation of “volunteers” as government agents.

For a self-professed ‘revolutionary’ party which claimed that it would bring ‘new politics’ to the country, AAP has a lot to answer for after just a short 3 year journey in politics. It is time that Kejriwal stepped in to stem the moral degeneracy that appears to be widespread in his party.