500 Hindus, Many Deported Refugees From Bharat, Face Mass Conversion to Islam in Pakistan 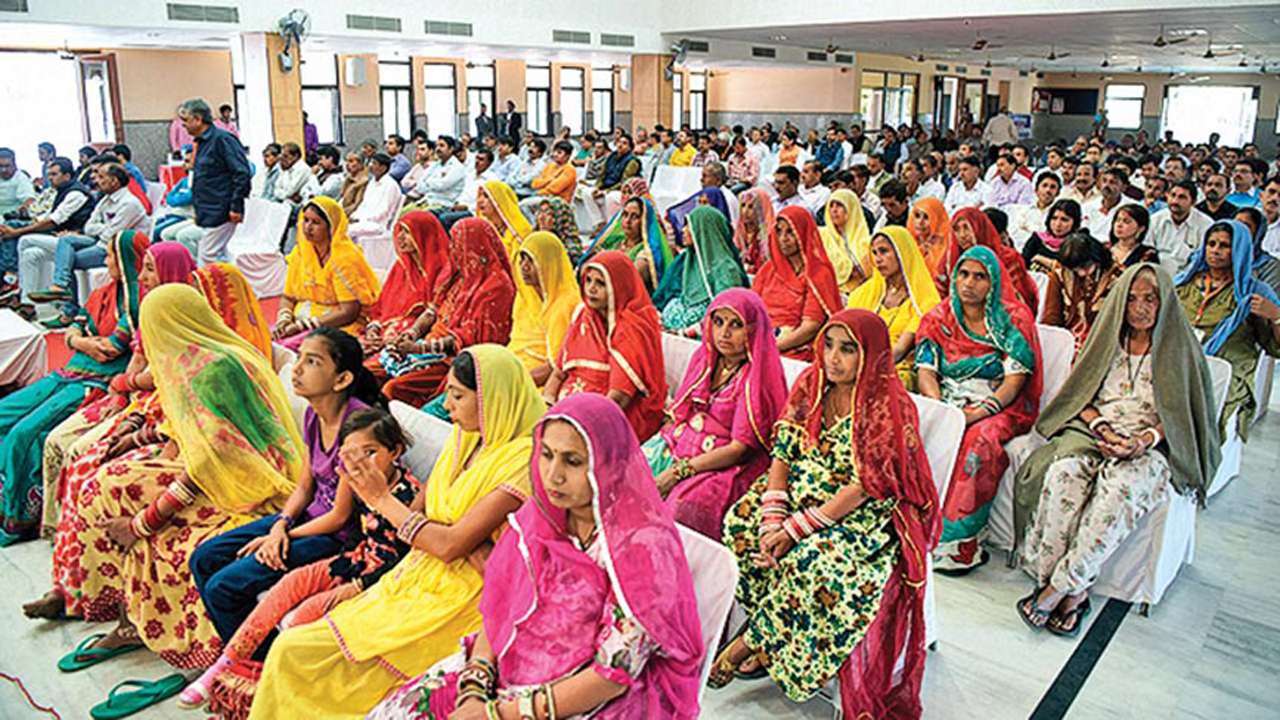 Over 500 Hindus, many of them deported from Bharat where they had sought refuge, are being forcibly converted to Islam tomorrow in a mass conversion program being organized by Islamists in Sindh, Pakistan.

As per this report in DNA –

“Hindu families living in the Sindh province of Pakistan, near the border with Rajasthan, flock to India to find a safe haven. However, they become shattered as the CID and administration put an obstacle to their India dreams and they are forced to return. Upon going back, they are forced to convert to Islam in order to save their women and family. If they don’t yield, they are subject to severe torture.

The conversion figures are staggering: Over 500 Hindus are to be converted to Islam in the border village of Matali village of Sindh province on March 25. About one thousand Pakistani migrants came to take shelter in Jodhpur and other parts of Rajasthan in the last two years.

They had come here with the intention of settling here but according to data provided by the CID and the administration in the Rajasthan High Court, 968 Hindu citizens from Pakistan were deported in the last two years.

The most hapless among them is the family of Chandu Bhil. Seeing CID’s attempt to send residents to Pakistan forcibly, he had knocked the high court door and despite a holiday, a special bench of the Rajasthan High Court granted stay on his deportation.

But before that, the CID deported Chandu, his wife Dhami, son Bhagwan, daughter-in-law Dharma, grandson Jairam and granddaughter Kavita by the Thar Express from Jodhpur on August 5, 2017. Just before the court order was carried out, Thar Express reached the border. Now, the family is under pressure to accept Islam. So, many families like Thakur’s, Hamira’s, Bhagwan’s, Bhura’s, Khushal’s, Dharmaram’s, and Nagta’s, who had come to Jodhpur after facing religious and physical discrimination in Pakistan, were deported. In many villages, the Hindu population has started to disappear.

The news of religious conversion is highlighted in Pakistan media also. Hindu Singh Sodha, president of Seemant Lok Sangathan, who fights for Pak immigrants, said Hindus come with big hope but the CID bundles them back to Pakistan to face torture.

This is happening for a long time in villages which are adjacent to Rajasthan. He added that their visas are never extended. The Centre makes rules for the rehabilitation of displaced Hindus, but they are not followed at the district level.

This is happening for a long time in villages like Matali, Deepla Mithi, Nagar Parkar, Kunri, Umarkot, Samaro, Islampur, Chachro, Klaloi, Pitharo and other Pakistani villages which are adjacent to Rajasthan.”

Such mass conversions of Hindus in Pakistan are not uncommon – in Sept 2017, a similar program saw 250 Hindus converted to Islam in Sindh at a ceremony organised by Muslim businessman Abdul Aziz Memon in the presence of Muslim clerics and powerful politicians of the area.

The plight of Hindu refugees from Pakistan and Bangladesh is soul destroying, but it is something which every Hindu living in Bharat must hear. Brutally persecuted in their home countries – minor girls abducted and married to Muslim men after sham conversions, land grabbed with complicity of authorities, temples attacked and encroached, economically, constitutionally & legally discriminated against – they come to Bharat as a last resort hoping for a dignified life, but many of them end up getting disillusioned due to the apathy they face here. The high-flying human rights lobby, of course, ignores them altogether.

As per various reports, there are 2-3 lakh Hindu and Sikh refugees living in Bharat in around 400 settlements spread across states like Rajasthan, Delhi, Gujarat, Madhya Pradesh, Uttar Pradesh, Haryana, Chattisgarh, Punjab and Maharashtra) and at least 5000 additional Pakistani Hindus seek refuge each year.

The BJP’s 2014 election manifesto stated “Bharat is a natural home for persecuted Hindus”, and hence the advent of the Modi Government generated hope among these hapless refugees living in Bharat. And there is no denying that there has been a forward movement –

However, this Bill has faced fierce resistance from the dominant secular-liberal media-NGO-lawyer-academic-politicians nexus. There has been a torrent of editorials, opinion pieces and various commentary castigating the bill for allegedly violating the ‘secular nature’ of the Constitution. The bill has been labelled ‘communal’ by the Lutyens establishment, as reflected in this TOI editorial –

The Hinduphobic nature of our think-tank circuit is further demonstrated by this piece against the Bill by one Wamika Kapur (@kamikaze_mahila), a Research Assistant at Rajiv Gandhi Institute of Contemporary Studies. As of today, this bill is still pending in Parliament.

But despite the best intentions of the Modi Government, our notorious bureaucracy and tangled legal regime have ensured that the benefits of all the orders and notifications passed by Union Home Ministry are yet to accrue to a large proportion of the refugees. A recent PIL filed on behalf of Pak refugees in Rajasthan High Court revealed that 10,046 LTV applications of Pakistani refugees staying in Rajasthan are pending, of which 2,716 are pending with the ministry of home affairs, 4,912 applications with the state government and 2,418 applications are pending with the foreigner registration offices.

But blaming the ‘system’ and politicians is the easy way out. Each Hindu needs to look in the mirror and ask themselves – WHAT HAS EACH OF US DONE FOR THESE REFUGEES?

Did we ever visit one of the 400 settlements where these people live in squalid conditions?

Did we contact any of the organizations like  Seemant Lok Sangathan, Pakistan Hindu Refugee Relief Program (an umbrella body consisting of VHP, HAF and other groups), Nimittekam etc.?

Would we gather on the streets on a Sunday to protest the maltreatment of Pakistani Hindus, the way Islamists & leftists come out in masses to protest for Rohingyas?

Unless we develop this Hindu consciousness – and strongly protest against injustice committed against Hindus anywhere in the world, merely capturing political power will not deliver desired results as the establishment that controls the Government machinery still remains seeped in old Hinduphobic or apathetic mindsets.

As a start, let us atleast talk about these 500 Hindus, who will be torn asunder from their ancestral faith tomorrow, with our friends and neighbours….and challenge those within who assert that ‘Pakistan is a great neighbour’, or who romanticize Pakistani politicians like Imran Khan or Bhuttos – the entire ruling class of Pakistan is complicit in this genocide of Hindus and other Dharmics taking place in ‘the land of the pure’ i.e. Pakistan.