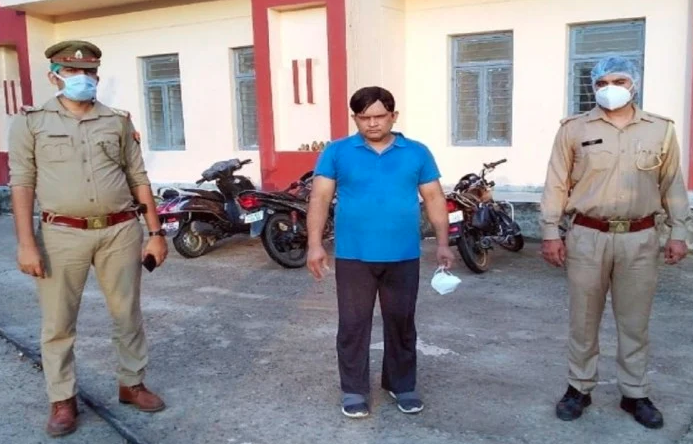 A government doctor, Dr. Tufail Ahmad, at Aligarh’s Deen Dayal hospital was arrested on Wednesday on charges of raping a girl, 25, who was recuperating in the isolation ward after being tested positive for Covid-19.

Most media reports have reported that the doctor was arrested for ‘attempt to rape’, but Dr. Tufail Ahmad has been booked under IPC 376(2)(d) (being on the management or on the staff of a hospital, takes advantage of his official position and commits rape on a woman in that hospital) which carries a minimum punishment term of 10 years rigorous imprisonment. Attempt to rape crimes are usually charged under IPC 354.

As per a Times of India reports –

“Dr Tufail Ahmad, 30, was booked and later arrested from a hotel where he had quarantined himself after completing his duty in the isolation ward on Wednesday morning. The case was filed on the basis of a complaint filed by the girl, who works in a private company in Delhi and had come to her home in Aligarh where she developed symptoms of coronavirus.

She was admitted at the hospital on Monday with Covid-19 symptoms and the test report confirmed the positive status a day later.

According to the allegation, Dr. Tufail visited the women ward on Tuesday night and allegedly touched the private parts of the patient on the pretext of examining her. On Wednesday morning, the doctor again visited her and repeated the same thing, the girl alleged.

After examining the CCTV footage, police said that the doctor went to the isolation ward without wearing PPE kit and gloves.  Circle officer of Civil Lines police station Anil Samaniya told TOI that the doctor has been booked under section 376 (2) d (takes advantage of his official position and commits rape on a woman in his custody) of IPC at Kawarsi police station.

Additional city magistrate (II) Ranjeet Singh, who visited the hospital as part of an inquiry, told TOI that a report has been sought from the chief medical superintendent (CMS) of the hospital and it will be submitted to the state government for further action.”

As per the Criminal Law (Amendment) Act, 2013 or the Nirbhaya Act, the definition of rape or sexual assault was extended to include touching private parts as well.

Amar Ujala reports that the doctor was apprehended from the hotel just in time as he was preparing to flee. His crime has been captured on hospital CCTV footage, and as per police sources he has confessed.