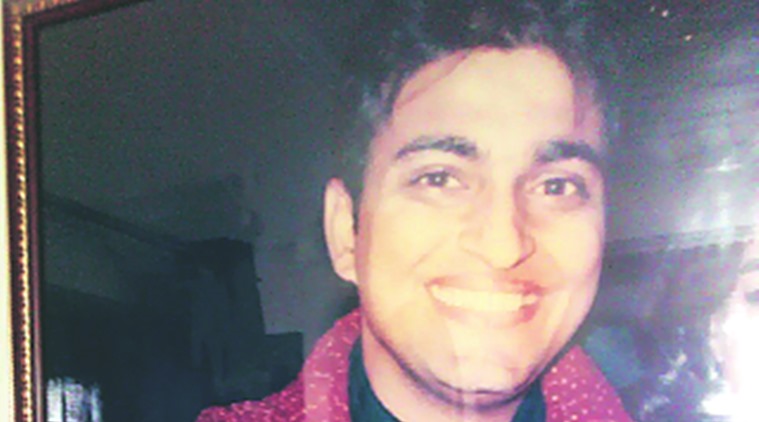 The shocking incident which occurred on the night of Holi, where 40 year old dentist Dr. Pankaj Narang was beaten to death by a mob led by Nasir Khan (22), his mother Mesar, and brother Amir Khan (21), is being spun as ‘Road Rage’ or ‘Class War’ by influential sections of our national media. It appears that the motive of a crime is not defined by what motivates the criminal, it is defined by what motivates senior journalists. Rather than just stick to reporting the facts, elite journalists and opinion-makers have taken it upon themselves to interpret the events leading to Dr. Narang’s murder – their judgement is clear: this was just a regular crime which should not get undue attention, unlike the murder of Mohammed Akhlaq in Dadri, or the suicide of Rohith Vemula.

But try as much they want, facts are hard to hide in this day & age. From various reports, the sequence of events which emerges is –

Media was quick to portray this as a ‘road rage’ incident, overlooking the fact that there was a minimum 15 minute interval after the initial argument, in which time Nasir went home, gathered his MOTHER (who played a key role in instigating the mob) and others, armed themselves and returned with a clear intent to kill Pankaj Narang.

Another Justification By Media – Class War! 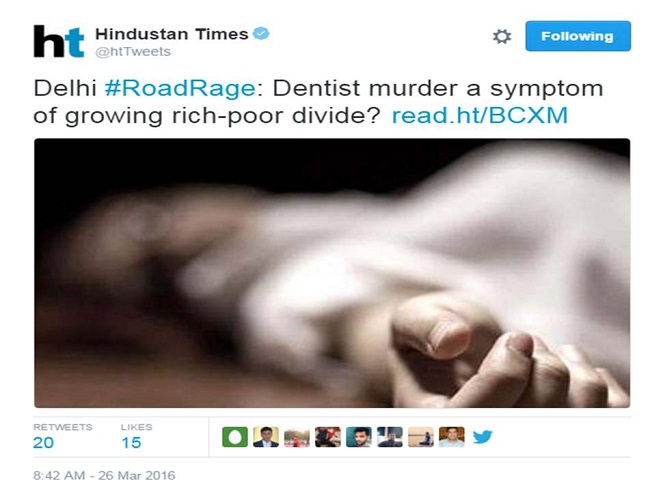 Another attempt by the media to ‘explain’ this crime was projecting it as a class war and sign of growing rich-poor gap. Leave aside the fact that Vikaspuri is a crowded middle class area, and that prime accused Nasir worked in his father’s fish business and had the resources to buy a motorcycle; one wonders why media is so desperate to interpret this incident rather than just report facts.

The thinking in media editorial rooms that reporting facts will set of a communal riot is actually counter-factual, but even if we assume this fear is valid, why weren’t the same standards applied for the Dadri incident or during the Church Attack hysteria? The rabid communal mongering by media over these two stories was the precursor to the ‘Rising Intolerance’ narrative and the ‘Award Wapsi’ charade that followed. Church attacks hysteria was proven to be a such a hoax that even liberals don’t talk about it anymore, but Dadri lynching still lives on as an example of ‘Rising Intolerance’ despite evidence that it was a personal grudge given a communal twist.

It isn’t road rage when mob entered his home! It isn’t class privilege when that home was that vulnerable to attack. #justicefordrpankaj

Some examples of media hypocrisy

The following tweets speak for themselves –

Lynching of an innocent Doctor in India- Nonsense pic.twitter.com/K2T0UCSdeC

In one case “wilful denial”,”join the dots”. In another, “listen to the sensible..” Same Delhi police. Difference? pic.twitter.com/bi4DrUa8dy

Does reporting the truth cause riots?

This is a core principle which many influential media elites swear by: Any crime committed against Hindus is evaluated for its ‘polarization potential’ before deciding whether to report it factually or selectively, or censor it altogether. However, there is clear evidence that such suppression of facts actually creates a pressure cooker like situation wherein the aggrieved Hindus feel helpless and ultimately explode at some point of time. At the same time, biased reporting creates a victimhood mentality in minorities, and nullifies any chance of introspection and self-correction within their society.

For eg., the series of crimes against Hindu women were ignored or down played by media and politicians, in the lead up to the 2013 Muzaffarnagar riots. The wide-spread 2012 riots in Congress ruled Assam barely got any coverage until social media raised a storm; Rajdeep Sardesai famously justified the muted media reporting as ‘tyranny of distance’. It can be argued that the macabre attempt to negate the brutal murder of 58 Kar Sevaks before the 2002 riots as an ‘accident’ did much more damage to the social fabric of this nation, than reporting the truth would have done.

Our media would do all of us a huge favor by just reporting the facts – if the people of this country are wise enough to exercise their right to vote, they sure are wise enough to comprehend reality without having our media interpret it for them. If media bigshots really did know better than the common man on the street, we would have had Rahul Gandhi as our PM today. This is what media should introspect seriously on, not lash out at concerned citizens on social media who spend hours analyzing media spin and uncovering the truth –

Spreading rumours on social media is wrong.
No, Murthal “gang rapes” and “beef” murders is different. Those rumours helped society.

(This article has been curated from the following news sources –1, 2, 3)