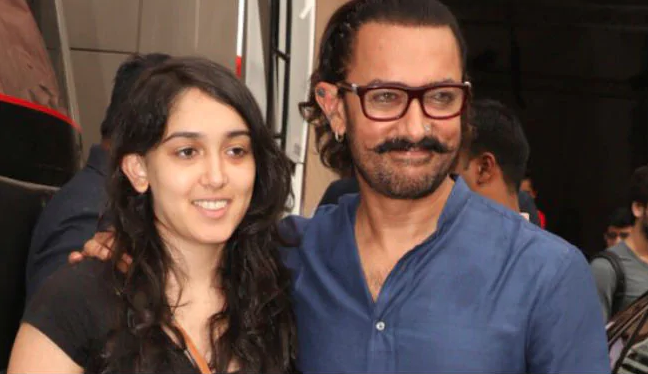 Aamir Khan’s daughter from first marriage with Reena Dutta, Ira Khan, once again became the target of online trolls. Aamir Khan, much like senior Bollywood actor Naseeruddin Shah, has been vocal about the alleged ‘rising intolerance’ in this country since past coupe of years.

One, not very naive about the scene of Bharatiya polity, can easily surmise that Mr. Perfectionist’s discontentment with this country has risen after Narendra Modi’s historic win in 2014 elections. But the actor, who received meteoric success after trolling Hindu Gods in his movie PK, runs out of intestinal grit when his own family is attacked. In such instances, the Satyamev Jayate star goes silent, lest his co-religionists get offended.

In June this year, Aamir Khan’s daughter Ira Khan had shared an adorable video of her dancing with boyfriend Mishaal Kirpalani. The video became a sensation and went viral in no time.

While most fans were awed by the cuteness of the couple, the video and the romantic dance captured in it didn’t sit well with a certain section of people who damned the youngster with all kinds of curses. Some even went on to claim that Khan’s daughter was marring her father’s reputation by dancing and being romantically involved with a Hindu guy – so much for ‘secularism’! This, to a girl whose mother remained a practising Hindu even after marriage, even though her father has categorically stated in the past that his kids from his marriages to 2 Hindu ladies will ONLY follow Islam. As deranged and wretched as these comments can get, this was not a unique occurrence of Islamists lashing out at Ira Khan. Ira, who is pursuing a career in the film industry, albeit behind the camera, is fond of social media platforms and uses them often to express herself and share the best moments of her life. Unfortunately, all her happy posts are targeted by Islamists who consider her ways reprehensible for an ideal ‘Muslima’. 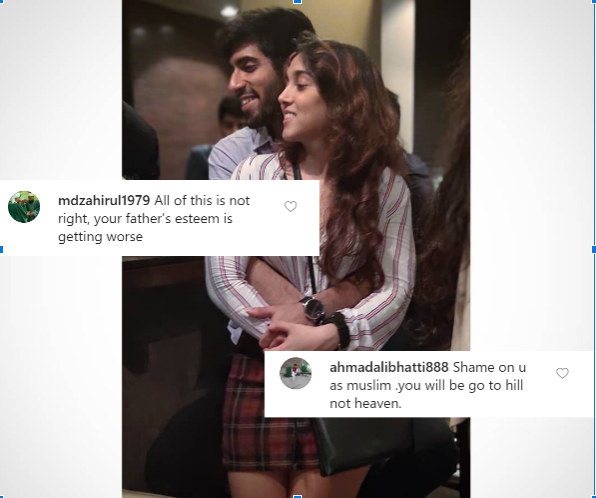 The bigots flaunting their mental age dating to a primitive era have not spared Ira’s picture with dad Aamir either. Unlike daughter Ira, the PK actor seldom puts moments from his personal life on social media. But one pic that he decided to share with fans was a fun father-daughter moment. With a psychological mindset reeking of the rotten carcass of a dead animal lying in the desert, people came in to hurl all kinds of murky comments on the pic.

From evoking the fear of Allah to pronouncing the father-daughter duo non-Muslims – as though being a non-Muslim is a sin greater than bombing public venues and killing people in hundreds – and denigrating the piety of the candid and loving relation shared in the pic, the Islamists left no stones unturned to disparage Aamir and Ira.

While we have no ill feelings for the 21-year-old young lady and wish her nothing but the best in her future career that she is working so hard for, we are forced to wonder why her celebrity father, known for his strong opinions on public behavior and societal issues, has held himself from coming back at these people. The users in the comment section have exposed a behavioral pattern that is beyond outrageous for any civilized society. They speak loudly and brazenly, in droves, about the culture they represent.

Is this the culture we want to amalgamate with? The mindset we want to be perpetuated through our generations to come? Mr. Aamir Khan may want to produce a fresh episode of Satyamev Jayate to debate and deliberate over these questions.