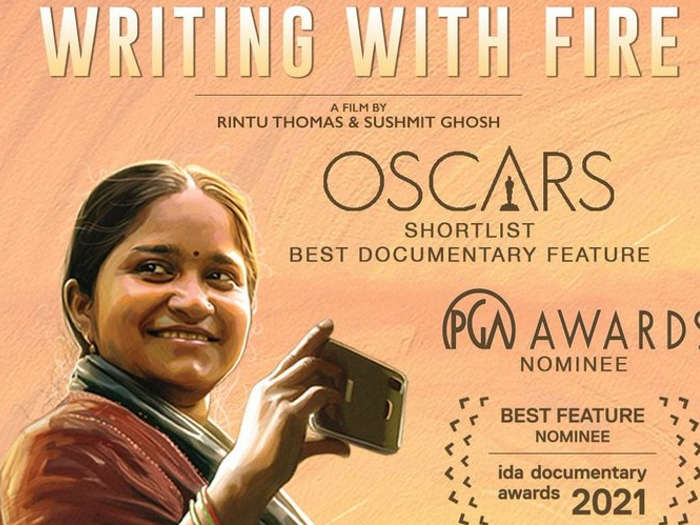 The following article exposes the links between an Oscar nominated Indian documentary, USCIRF and Soros’s Open Society Foundations. A friend took a flight to and from Boston. It had Indian documentary Writing With Fire as a viewing option.

Writing With Fire is an Oscar nominated Indian documentary produced by Rintu Thomas and Sushmit Gosh. It is about a news portal Khabar Lahariya, led by a Dalit Hindu women, Kavita Devi. The documentary has an anti-Hindu focus and BJP is shown as villains.

Now comes the interesting part. The documentary website lists Anurima Bhargava as one of Executive Producer. Anurima Bhargava who? Anurima Barghava was USCIRF Commissioner and involved in many anti-Hindu ‘Congressional Briefings’ to designate India as ‘Country of Particular Concern’. She has been promoting the documentary thru her twitter handle.

Anurima Bhargava runs a strategic advisory and consulting firm ‘Anthem of us’. The firm lists a number of partner organisations. One of them – Sorors’s Open Society Foundations. Bhargava herself is a OSF Fellowship winner.

Kavita Devi and Khabar Lahariya have criticised the one-party focus in the documentary and have said it distorts the work they have been doing for the past 20 years.

An Ex-USCIRF Commissioner involved in Hinduphobia is using Indian Dalits to further her career and normalises rampant Hindu hatred in the US. The In-flight viewing options too spread Hinduphobia in the US along with media, academia, and human rights organisations.

(This article has been compiled from the tweet thread of HinduHate.)