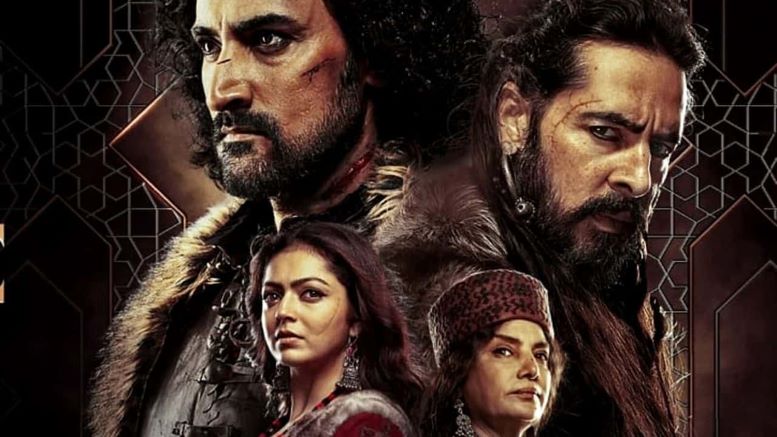 The web series glorifying Turko-Mongol invader Babur is now being promoted by so-called Hindus or rather HINOs (Hindus in name only) at a time when people have launched uninstall Hotstar campaign after the platform refused to look into grievances raised by fans.

Twitter handles doing paid promotions is nothing new. However, influential supposed right-wing Hindu handles on Twitter doing paid promotions of a web series that has been called out by fellow Hindus for ignoring historical facts and glorifying an invader is appalling, to say the least. However, it isn’t surprising that HINOs would promote those who carried out Hindu genocide allegedly in exchange for a few rupees. The main problem of HINOs is that they are neither aware of Hindu Dharma nor do they have any knowledge of Hindu history and the sufferings inflicted on them by waves of Islamic Jihadis and Christian White supremacists.

The show has been produced by Nikhil Advani and features Kunal Kapoor in the lead. It also features Shabana Azmi, Dino Morea, Drashti Dhami, Aditya Seal, Sahher Bamba, Rahul Dev, and others. While the show is based on Alex Rutherford’s Empire of the Moghul: Raiders from the North, we can expect a lot of whitewashing of Mughal sins as is Bollywood’s wont.

The grievance officer appointed under Information Technology (Guidelines for intermediaries and Digital Media Ethics Code) Rules, 2021 received complaints about the series but the officer rejected them claiming that the series is not glorifying Babur. Hotstar claimed that the web series does not make reference to the 2019 Supreme Court judgment in favor of Ram Lalla Virajman at the Ram Janmabhoomi temple where the disputed structure, often referred to as Babri Masjid, stood.

The report also quotes the lead actor of the series Kunal Kapoor:

We have heard many stories about Babur and the Mughals, but very little about who they were, where they came from, and how they came into India. In this fictional take, this is a character with a lot of complexities, and that is what intrigued me as an actor.

Kapoor is the co-founder of the left-liberal crowdfunding platform Ketto who has been cheerleading the likes of Rana Ayyub. Ayyub’s Ketto fundraising campaign was under the scanner of the law enforcement agencies as she faced allegations of defrauding people as well as violating the laws of the land using the platform.

An OpIndia report details the case and notes:

Rana Ayyub had raised funds on Ketto in three campaigns, Funds for slum dwellers and farmers, Relief work for Assam, Bihar, and Maharashtra, and Help for Covid-19 impacted people in India. Doubts were already raised about the legality of the campaigns, because despite being a journalist, Ayyub was accepting foreign donations without FCRA registration, thus violating FEMA guidelines.

Rana Ayyub had ended her Covid-19 fundraiser for relief work after potential illegality of it was exposed. There were concerns that she was flouting the country’s FCRA Laws, she was using her personal bank accounts instead of running the campaign through an NGO, following which she had decided to end her fundraising campaign in May this year. She had said that she could find an FCRA registered NGO for her campaign.

We either have OTT series glorifying invaders who massacred Hindus or anti-Hindu web series being passed off as historical or history-based series and HINOs are not only happy to lap it up but also seem to gladly promote such content as long as their bank balances see the upward graph.