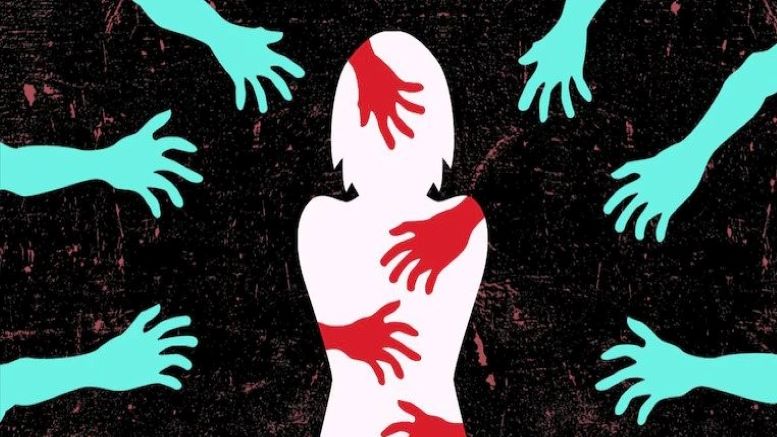 Several instances of sexual assault on minors have emerged from Congress-led Chhatisgarh and the Lutyens media has conveniently turned a blind eye to these incidents while Rahul Gandhi and Priyanka Vadra are yet to so much as issue a statement in this regard, let alone pull up their state leaders for the sorry plight of girls there.

The first incident is from Kondagaon District’s Dhanora where an 18-year-old (17 as per initial information) had been gang-raped by seven boys on 19th July when she had attended a wedding ceremony with her family. The boys had taken her away to a nearby jungle where they allegedly committed the crime.

Reports state that the girl killed herself the next day following the horrific incident. It must be mentioned here that the girl’s father too had attempted suicide by consuming poison.

After local media reported the incident, DGP DM Awasthi ordered senior police officials to thoroughly investigate the case and initiate necessary action. Senior officials who reached Dhanora learned of the suicide as well as the gang-rape from the girl’s friend who too had accompanied her to the wedding.

Furthermore, they were informed that Station Incharge Ramesh Shourie had received information regarding the girl’s rape and suicide from local sources about 20 days after the incident. Following this, he had even met the girl’s family but he neither informed his senior officers nor initiated any inquiry in the matter. Shourie has now been suspended for negligence of duty.

The body of the girl was exhumed and sent for post-mortem after her family members launched a formal complaint on Wednesday. Five of the seven accused have been arrested by the police and two of those arrested are juveniles of 15 years.

Another instance of rape came to light from a remote village in Balrampur, located about 500 km away from Raipur where a 14-year-old was raped by two boys on September 27 after being drugged and was later strangulated and left to die in the forest reports ToI (Times of India).

She made to her residence with great difficulty the next day but since she was admitted to a local hospital where she had been in a “vegetative state”, she could give a statement regarding the incident much later which was when the news got out as per Dhurvesh Jaiswal who is investigating the case.

As per the information provided by Jaiswal, the girl had gone to the nearby jungles along with a male friend to gather soil for building a mudhouse when the accused Jaiprakash Agariya force-fed a pill making her half-unconscious.

Her friend fled the scene after which the accused and his accomplice raped the girl, assaulted her, and strangulated her. The left her in the jungle assuming her to be dead. The traumatized girl was both badly injured hurt and disoriented when she staggered home after 24 hours.

Agariya and his accomplice Ghanshyam Gond have been booked under the POSCO (Protection of Children from Sexual Offences) ACT and various sections of the IPC. The case was registered on the basis of the statement issued by the victim in front of a magistrate.

In a display of shamelessness and insensitivity, Congress leader and Chhatisgarh Minister trivialized the rape by calling it “a small incident”. No wonder with such a mindset their own lot is found involved in sexual assaults like Amrit Tirkey who was formerly with the Congress and had represented Congress from Dharamjaigarh in the 2008 Lok Sabha elections.

A month ago Tirkey had taken his minor relative to the police station alleging someone had raped her. The police had booked the accused on the basis of this. However, their investigation revealed that it was Tirkey who had sexually assaulted the girl and had lied to the police to escape arrest.

During the course of their interrogation of the victim, she spilled the beans and said that it was indeed Tirkey who had raped her and not the so-called accused mentioned in the initial complaint. On the basis of this statement, the police booked Tirkey under the POSCO Act and IPC Section 376 and have since arrested him.

Neither the Congress nor the media seems to be bothered about the plight of young girls in Congress-ruled states. Doesn’t female safety and security in states where the Congress is in power matter? How can sexual assault be ‘small’ if it happens in Chhatisgarh and ‘big’ if the incident belongs to UP?

Both Congress and the media have a lot to answer.