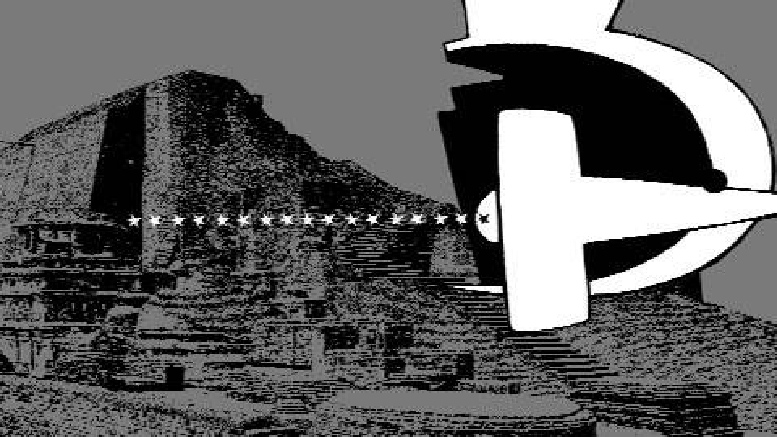 The lie of Nalanda University being destroyed by ‘Hindu fanatics’ and spared by Islamists has been peddled often by the leftist-secular media. The Caravan propagated the same myth again by reposting its 2018 article that made these baseless allegations despite proof to the contrary.

“Persian historian Minhaj-i-Siraj writes in his chronicle Tabaquat-I-Nasiri: Thousands of monks were burned alive and thousands beheaded as Khilji tried his best to uproot Buddhism and plant Islam by the sword; the burning of Nalanda library continued for several months”, tweeted Kanchan Gupta countering the media’s false claim.

To whitewash the destruction by Muslims, Marxist historians have spun fictions of Hindu kings destroying temples of Buddhists or of other Hindu sects. However, there are no examples of the same, so they have proceeded to create fake stories. D N Jha was a master of mendacity and this is fully shown in his repeated assertion that Nalanda Mahavihar and its libraries were destroyed by “Hindu fanatics”! In his words:-

“A TIBETAN TRADITION HAS IT THAT THE KALACURI KING KARNA (ELEVENTH CENTURY) DESTROYED MANY BUDDHIST TEMPLES AND MONASTERIES IN MAGADHA, AND THE TIBETAN TEXT PAG SAM JON ZANG REFERS TO THE BURNING OF THE LIBRARY OF NALANDA BY SOME HINDU FANATICS.”

The Muslim historian of the Sultanate period Minhaj-i-Siraj details in his history book Tabaqat-i Nasiri, written in 1260, how the plunderer Bakhtiyar Khilji destroyed the temples and universities of eastern Bharat. This is one of the most reliable books about the early Sultanate period in Bharat. Minhaj details the destruction of an Odantapura Vihar and how all the inhabitants, Buddhist monks, of the Vihar were killed and no one remained who could tell him the meaning of the books in the library. In fact, Buddhism, which had flourished in Bharat for 1600 years, suddenly vanished almost completely as soon as Muslims became masters of Delhi and started raiding the plains of Ganga.

The ruins of Nalanda Vihar are just 15 km away from the site of Odantpura Vihar, which today is called Bihar Sharif. No one knows which Muslim plunderer destroyed Nalanda, but it is certain that a Muslim destroyed it. This is evidenced by the account of the Tibetan monk Dharmaswamin, who came to Bharat in 1234 to learn Buddhism. He found that people in Vihar were always in fear of Muslim attacks and that Nalanda had been destroyed almost completely except for 2-3 buildings. One nonagenarian teacher, Rahul Sribhadra, 4 pandits and 70 monks remained and they too fled one day as Muslims attacked with Dhramaswamin carrying his guru on his shoulders!

So, how did Jha make this extraordinary claim? He referred to Pag-Sam-Jon-Zang, a Tibetan book written about 500 years after the destruction of Nalanda. The book abounds in claims of miracles and says that a Hindu Sadhu did “Surya Sadhana” and magically destroyed the Nalanda shrines and libraries! Surely, Jha was not one to believe in miracles, especially Hindu ones, but to malign Hindus, anything goes. Similarly, the story of Kalchuri King Karna destroying Buddhist temples is not corroborated by any evidence, but these Zakir Naiks of Bharatiya history are assured in the knowledge that no one will question them and if they do, will be de-platformed.

When The Caravan had peddled this lie earlier in an article it carried written by DN Jha, HinduPost had pointed out “both Buddhist and Vedic texts were taught at Nalanda. As Hiuen Tsang says, Vedas including Atharva Veda was taught in Nalanda. Why will “Hindus” burn their own texts? No Hindu can burn Vedas, that’s for sure, hence it was a common place for learning and discussions among Buddhists and Hindus”.

The Caravan repeatedly replugs this misleading article penned by Marxist historian DN Jha. Jha has been repeating this brazen lie about Nalanda being destroyed by “Hindu fanatics” for many years now, despite several rebuttals – the most telling one being by Arun Shourie in his book Eminent Historians: Their Technology, Their Line, Their Fraud.