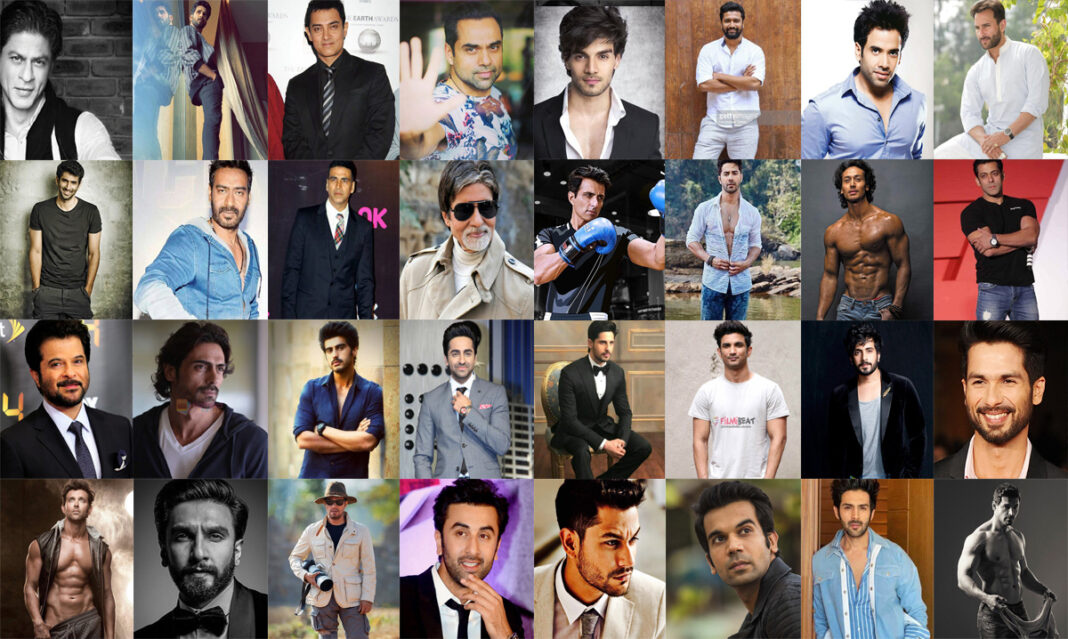 Bollywood’s inherent Hinduphobia has come to light over recent years due to democratization of discourse through digital and social media. But another aspect that is not talked about as much is the lack of originality, and outright plagiarism that ails Bollywood.

In this article, we present a compilation of almost 100 movies that bear a marked resemblance to Hollywood, South Korean & Hong Kong movies and other world cinema. They are being reproduced as per Section 52 of Indian Copyright Act, 1957, similar to how the @GemsOfBollywood analyzes Bollywood movies, and ‘fair use’ doctrine.

In the original film a piano tuner pretends to be blind with white contact lens. He gets invitation from a man. He visits his home. A woman opens the door, and he slips due to blood. He sees the corpse of a murdered man. As he is faking his blindness, he has to remain calm after witnessing murder. This is where the French short film ends. Andhadhun’s director is Sriram Raghavan, who has also directed ‘Johnny Gaddar’, a film that he claimed was inspired by James Hadley Chase, while never mentioning the original French film Symphonie Pour Un Massacre, so I don’t trust him this time too. If Andhadhun has an original script then that’s probably why the second half was not as good as first half!

2.) Symphonie Pour Un Massacre became ‘Johnny Gaddar’. As the movie is French and released in 1963, nobody knew that Johnny Gaddar was a copy.

3.) Kuch Kuch Hota Hai has too many similarities with Sleepless in Seattle and Some Kind of Wonderful (1987)

4.) The original Korean film My Wife Is a Gangster 3 was copied to make ‘Singh Is Bling’. It has been copied scene to scene, including the camera angles!

5.) Zinda is a copy of Korean movie Old Boy

6.) Original film If Looks Could Kill, Nick of Time along with scenes from The Mask, Rush Hour were copied as Baadshah (1999)

7.) Original film A Kiss before dying was copied into another Shahrukh Khan starrer Baazigar

8.) Original film The Hard Way along with a few action scenes from Lethal Weapon were copied to make Main Khiladi Tu Anari

The way Akshay Kumar fools Saif Ali Khan in a fake encounter case in Main Khiladi Tu Anari (copied from The Hard Way), Aamir Khan fools Mamata Kulkarni in a similar way in Baazi. Some action scenes were copied from Tango and Cash, like hiding bullets inside a tank scene was copied from hiding drugs inside a truck, and prison fight scenes. As a user suggested, I checked and found that the opening scene of Godfather 2 was copied in Baazi too. The hero’s mother was also killed in a similar scene.

The title song for the Bollywood film was lifted from the Godfather‘s love theme. ‘Dil mera churaya kyun’ song was copied from Wham’s ‘Last christmas’.

13.) Original movie On The Waterfront was copied as Aamir Khan starrer Ghulam

14.) Original film An Affair to Remember was copied as Mann

15.) Bollywood copies from its own past films too – often without giving credit! Original Bollywood movie Caravan (1971) was copied to make Mela. Mela also copied a scene from Dumb and Dumber.

16.) Original movie Silence of The Lambs was copied to make Sangharsh

Lethal Weapon doesn’t have any direct copy but many scenes from the movie are copied in various Bollywood films. The different directors though were somewhat smart in that they did not copy the same scene, like Baazi and Main Khiladi Tu Anari copied the same sequence from The Hard Way and many people thought Baazi copied a scene from Main Khiladi Tu Anari.

Farz also copied the basic storyline and scenes from Lethal Weapon: a young daredevil cop teams up with a middle-aged cop with family, who doesn’t like his new partner, and his daughter falls for his partner.

19.) Even some old Bollywood movies were not immune to this disease. Shelock Holmes novel Hound of The Baskervilles was copied to make Bees Saal Baad. The opening credits of Bees Saal Baad have no mention of the original source.

20.) Agatha Christie’s novel And Then There Were None was copied to make Gumnaam Nowhere in the credit scenes of Gumnaam have they mentioned the story source.

22.) Original movie The Gift was copied as Rakht

23.) Original movie ET along with scenes from Flubber, Close encounters of the third kind were copied by the Rakesh Roshan hit Koi Mil Gaya

25.) Original What Lies Beneath, copied Raaz

38.) Dushman copied from An Eye For An Eye

46.) Awara Pagal Deewana‘s story was copied from Whole Nine Yards and action scenes were copied from The Matrix

47.) Humraaz copied from A Perfect Murder

49.) Kuch to Hai copied from I know what you did Last Summer. And one scene was copied from Psycho

53.) Awarapan copied from A Bittersweet Life

54.) Ek Villain copied from I saw The Devil

55.) Zeher copied from Out of Time – it was scene to scene copied.

57.) Action Replay was a tacky remake of Back to the Future

59.) Ghajini copied scenes from Memento and Happy Go Lovely. The romantic plot is copied from 1951 and the blind man scene is ‘inspired’ from Amelie.

60.) Bluffmaster (2005) is copied from Nine Queens and Matchstick Men

61.) Chocolate is copied from Usual Suspects

62.) Partner is copied from Hitch

63.) Criminal copied scene to scene from The Fugitive

68.) Barfi copied from many movies.

70.) Kaante is copied from Reservoir Dogs

71.) Aatank Hi Aatank is copied from The Godfather

72.) Deewane huye Paagal is copied from There is something about Mary

76.) Ittefaq copied from Signpost to Murder

77.) U Turn was copied to make Musafir

79.) No Man of Her Own was copied to make Kati Patang

85.) While you Were Sleeping was copied to make Har Dil Jo Pyar Karega

86.) Joshilay copied from For a Few Dollars More and one scene was copied from A Fistfull of Dollars

87.) Choti Si Baat copied from School For Scoundrels. This is not just ‘inspiration’. There are too many copied scenes from beginning to end. A few Indianized scenes were added along with songs.

88.) Jurm copied from Someone to Watch Over Me. And also copied two songs from 500 miles and Madonna’s La Isla Bonita.

89.) Duplicate copied from The Whole Town is Talking and also translated the most famous line from Dirty Harry.

Even its poster were copied from Hollywood movies!

95.) Dabangg has an original story but all action scenes are copied. Only director of Dabangg should be blamed for copying scenes.

Do you know of other plagiarized Bollywood movies? Add on in the comments.