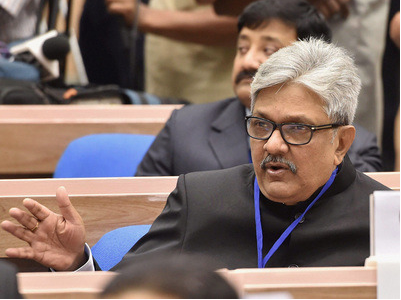 While Justices J Chelameswar & Kurian Joseph made a strong pitch for reiteration of Justice K M Joseph’s name and insisted  that his name be sent alone to the government for quick elevation, Justices Ranjan Gogoi, Madan B Lokur and CJI Dipak Mishra said that when there were seven vacancies in the Supreme Court, it would be improper for the collegium to send only one name to the government. It was decided that the collegium would meet again on May 16 to finalise other candidates besides Justice K M Joseph.

In 2016, Uttarakhand was rocked by a constitutional crisis when the Congress Government failed to pass the finance bill and serious horse-trading allegations, including a sting video which showed Congress CM Harish Rawat trying to bribe MLAs, emerged just before a floor test scheduled on 28 March. The Union Government had imposed President’s rule following these developments.

The matter reached the Uttarakhand High Court, where a bench of Chief Justice K.M. Joseph and Justice V.K. Bist revoked the President’s rule with some interesting comments, to say the least –

These startling comments raised several eyebrows – some claimed they were tantamount to condoning unethical behaviour, and others claimed they promoted the controversial doctrine of judicial supremacy over all other institutions, including the highest constitutional authority of Bharat, the President.

The SC later put a hold on Uttarakhand High Court’s order revoking President’s rule. “What has been happening is a very serious and grievous matter for any state…you don’t revoke President’s rule just like that. Everything has to be looked into…a balance has to be struck,” the SC said.

Given this background and the Government’s strong arguments that Justice Joseph was way too junior in the all-India seniority list of judges and that his parent HC, Kerala, was adequately represented in SC through Justice Kurian Joseph, it is indeed surprising that the collegium has decided to reiterate their choice of Justice K M Joseph.

In another judgement, the SC recently ruled that there was no need for a CBI probe in the Kathua case, despite several glaring holes in the chargesheet filed by J&K police Crime Branch & allegations of harassment by residents of Rassana, Jammu.

Still, the left-liberal cabal persist with their false narrative that CJI Dipak Mishra is a BJP stooge who should be impeached! All because the CJI refused to defer the Ayodhya case hearing until after the 2019 Lok Sabha elections as Kapil Sibal and other Congress-ecosystem lawyers demanded. The left-liberal ecosystem demands complete acquiescence to their agenda – this is how fascists behave and this is how they have maintained an iron grip on the country’s institutions for the last 70 years.